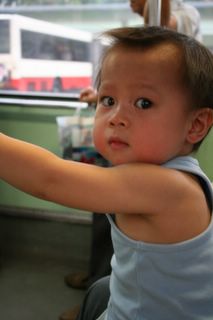 Aunty Rinaz snaps a picture of toddler who will grow up to be a ladies man.

Geri had a fieldwork at Boon Lay last week. Since she was in the vicinity, decided to ask me out for dinner.

We went to have dinner at the new Delifrance Bistro at Jurong point as she wanted to have pasta, and I’d like to try something new. The décor looked pretty nice, a cosy cafe with nicer furniture and lightings. We sat down somewhere in the middle and were handed the menu.

Me: I’m hungry!
Geri: So am I!
Me: Gosh! (looking at the pictures) I could try this
Geri: I wanna have the cream based pasta.

I decided to choose an unpronounceable pasta, made of Fettuccine in tomato sauce with some vegetables and chicken while Geri wrote down the number of our orders on the paper to be passed to the waiter.

Ohh .. I cant wait for our noodles. MMmmmmm
(Waiter serves Geri’s pasta on the table)
(Peers … Bowl is tiny!)
Wait a sec, that’s it?
(Peers again at the height of the bowl)
Wah so small? How does it taste?
(Geri takes a bite and makes a face)
Not nice! Gosh this cream isn’t creamy at all …
Tastes more like pasta in onion soup …

(Tastes my own pasta)

Geri : Can we go now? I don’t like the food here. My tummy is complaining!
Me : I have to finish it! Make it value for money. Wah!
Geri : Lets go, we can have better food after this.
Me : Aren’t we going to stay for our free dessert?

Anyway, we had an Anderson’s ice cream and we chatted and updated news with each other. We had a walk around Jurong Point and I suddenly realise how much I have put on weight. My clothes don’t fit so well any more! I complained. I should do something about it, I said, licking my ice cream at the same time.

My complains materialised more as I weighed myself.

Holy toot. I’m 56 (point two!) kilograms. I’ve never been that heavy. Ever. Back in Jurong Institute, I’d always hover about 50 kgs and below. And I gained weight a little more when I started working. I’m not the type of person who would weigh myself much so when I was in the gym with Shaheeda, an ex colleague, I was mortified to see that I was almost reaching 55 kgs.

Nice what, Marina. You look more voluptuous. Voluptuous? Me? I couldn’t believe my ears.

Me? I had to do a scientific comparison.

Before : Fresh faced Marina of the year 2001

It’s funny. After years of being teased a “stick” or “crane” and other representation of thinness, I’d be called “voluptuous” It was too surreal.

You look healthier! Geri insisted. The first time when I met you, you looked so skinny, it didn’t look healthy.

Hmm … Ok then. I still have two kilograms more before I start becoming overweight. Lets see what the fasting month of Ramadhan will do to me. 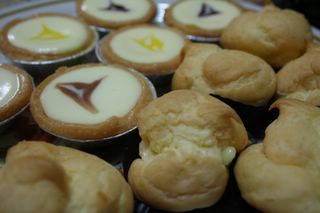 Was snapping a few pictures in Shuqun and thought I’d share some of my snaps : 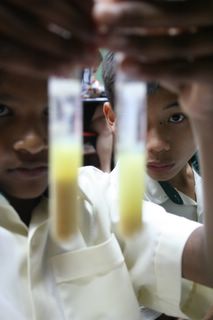 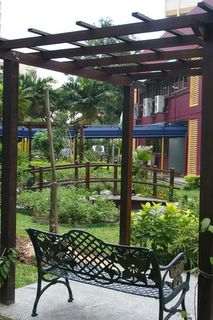 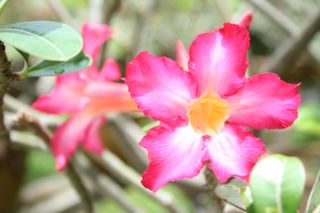 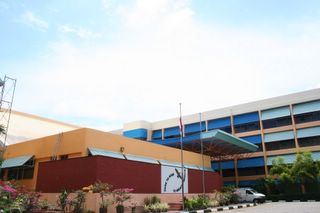 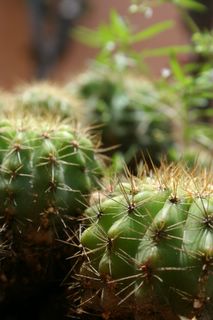 Which I desecrated to become :

See what idle hands and boredom do? 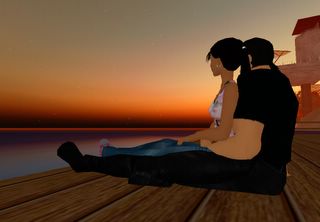 Cartcart and me watching the sunset, overlooking the sea, at our Secondlife house. I’ve been trying to repress myself and not to think too much of our happy times. Because the more I think about it, there more I’ll miss our times together and the more I’d pine myself. It’ll only make me feel miserable.

I want to be better. To make myself better. And now, the more I realise about the importance of future and thinking ahead. Who doesn’t want to have a better life? My life plan right now, is self improvement. I must stop being so irresponsible. Don’t like something? Just do something about it.

But I have also to have patience and to never give up and to always keep the light alive for those dark nights. 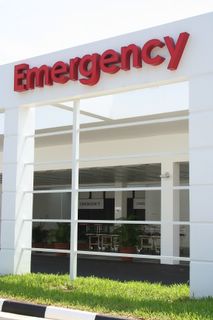 8 Replies to “Not tasty pasta at Delifrance”