The next weeks just passed by in a blur. There were so much to do!

Thankfully, my brother took good care of my scooter so Cart and I could zip around without having to wait for public transportation. Although, my baby scooter looks a lot different compared to the last time I saw it. 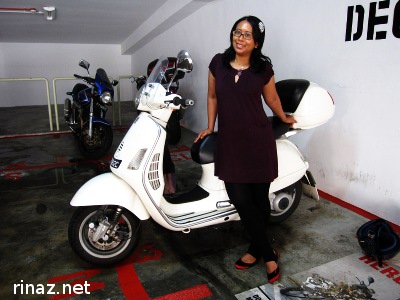 As compared to this : 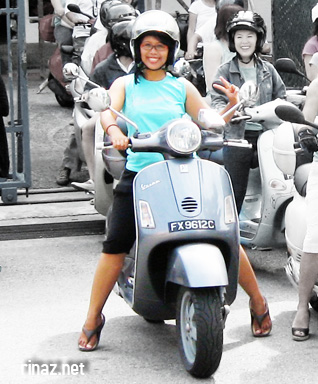 White isn’t my first choice on a vehicle 😛

Most of the days were spent mostly by catching up with friends and relatives and to tackle a couple of bureaucratic issues. Like my Italian Visa expiring.

We headed to the Italian Embassy to ask for advice. And this is what I found.

Ehm. They only work 2 hours a day?

Anyway, a quick check with the lady inside the counter assured us that since I’ve already gotten my Permesso di soggiorno, there is no need for me to apply for another visa. Thus, even if I change to a new passport (since mine would be expiring in May) it’ll be a non issue.

Since the Italian embassy was located in United Square, we decided to walk around the shopping center where we stumbled upon Pastamania – An Italian Fast Food franchise.

But I guess Cart wanted to experiment.

I guess its the same for me. Back in Rome, I’m tempted to visit Asian restaurants to see how they match up to the restaurants in Singapore. (So far, it has been an interesting experience) 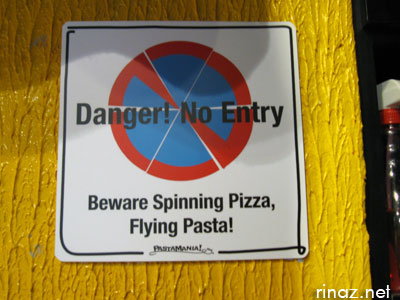 And in retrospect, Cart found his experience in Pastamania to be an interesting experience too. It wasn’t bad. But Cart is very particular about his pasta being Al Dente. For me, I think that the Spinach Tortellini that I had then was a lot different compared to just a couple of years ago … What telah happen?!

Anyways, coincidentally, Jerrick buzzed me, asking if we were free to meet. And we had lunch together followed by a nice tea and cakes later on.

It was really lovely to meet Jerrick again. We chatted and caught up with each other since the last time that we met in November and March. And I was amazed. Because we meet up more in the year than me meeting my family or best friends 😛

Later in the middle of the week, we met up with fellow blogger, Wishbone. It was really nice talking to her. I think the last time that we met was at the Samsung event and I remember we taking pictures together for the challenge.

It was lovely at how easy it was talking to each other. And Wishbone helped to spree a couple of outfits for me. Whee! 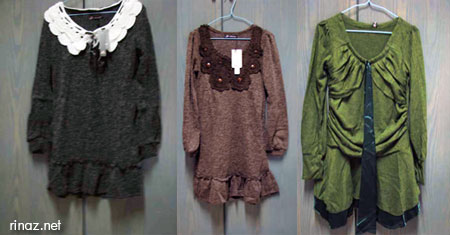 Its a lot more beautiful in real life than in pictures. Although I still stand on my opinion that blogshops clothes are meant more for petite sized women than *coughs* voluptuous *coughs* women like me. For dress that was supposed to be free sized, I could wear it, but it could hardly cover my bum, so its worn as a top instead :

By the way, Cart spotted this at Coffee Bean, where Wishbone and us chatted. 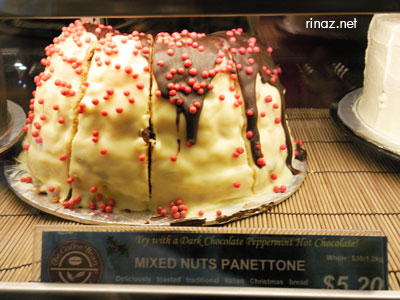 Panettone is a seasonal treat that gets popular during the Christmas season. The one at Coffee Bean wasn’t my favourite though. It was just much too dry. One taste and I didn’t want any more. Good thing was that their cheesecake was as yummy as ever 🙂

Oooh … and speaking of food, I thought that it would be nice to have a family meal out together. My parents prefer hawker centre fare so we headed to Ayer Rajah Hawker Center for some noms.

Its been a while since we took the SBS. And I looked at TV Mobile set which fast approaching its demise. Its too bad I suppose since it was entertaining to watch during those long and boring bus journeys. But if it was possible to have cheaper bus tickets if there were no TV Mobile sets in the busses, I’d rather go without them.

Speaking of which, Cart and I were contemplating on changing our ezlink card since Singapore is using a new type of card since October. But I wasn’t sure if it was still valid for us to convert our old card to the new ones anyway? 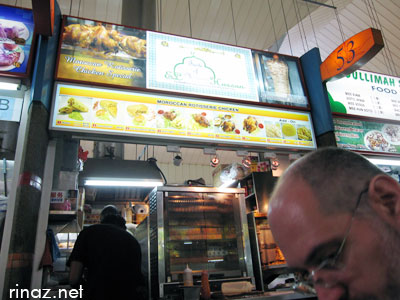 Anyway, when we reached the food center, all of us whacked pretty much everything. My parents had Indian rojak. Cart had his Vegetarian Nasi Goreng, and I had my Ayam Penyet. And we still had room later for a kebab made by a Moroccan dude.

Too bad that I didn’t get to eat all my heart’s desire. There were so many local food that I wanted to eat. Like Sop Tulang!