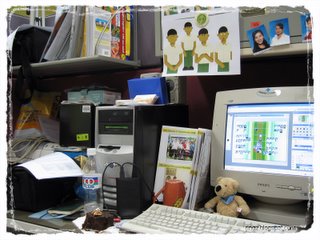 For since, you can see the mental state of my mind by how my work table looks like … Extremely messy! As compared to how it first started. Yeah, its been quite a busy time for since the N Level examinations results and the new student registration and the incoming orientation. 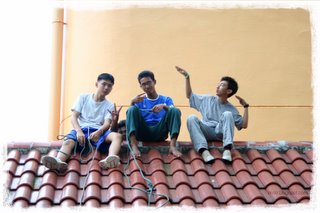 I guess the kids at school were kind of stressed out because they were on the roof trying to prepare for the student orientation programs!

But seriously, it was always nice to see the kids being proactive and dilligent. I was leaving the workplace and I happened to chance these NCC (a uniformed student organization) kids hanging large banners around, trying to promote their club.

There were still alot of kids around practising their volleyballs, wushu as well as other various organizations there, practising, even though it was close to late evening time. 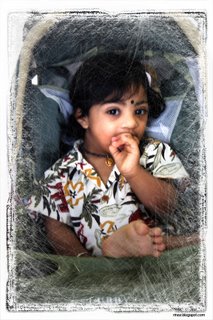 I even happened to chance upon this little cutie while at work! Isnt she adorable? I was photographing the new student registration and took a picture of this sweet little girl while the parents were talking to a form teacher 🙂

Oh I love her eyes and her baby curls. And she was so friendly! And smiled at anyone who’d pay attention to her 🙂 Oh I would have just kidnapped her! 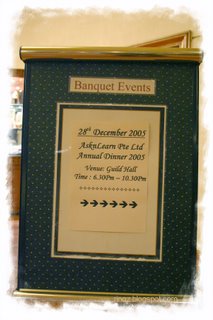 Anyhow’s I attended a function, by the company which I was working for. And I have to admit that all these years that I’ve been working in the training company, I’ve never had anything like this before.

It was lovely to get together with the various trainers from other schools as well as staff from the different department. It made me feel that we were a close knit family. I didnt feel so alone as I felt in the previous companies that I worked with. And that was nice. 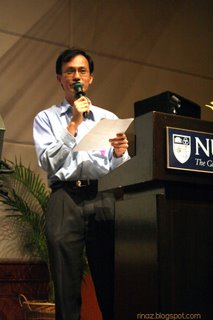 The head honcho and dad of the company, spoke a few words of encouragement and motivation to his family.

It was nice to be recognized for what you do. It was nice to at least be acknowledged as a person rather than just a “staff who works for you”. I was really heartened.

Going to log off now. But before that, always remember that 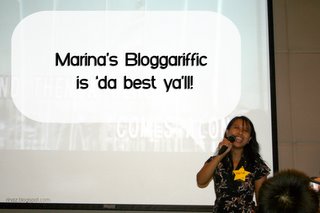 Guess what song I sang ..ROFL! Well, till the next time 🙂

3 Replies to “Working at a job, Jobbing for a work”