Ted says : Sometimes things never go the way you like it. We all fail. But it’s not failing that hurts. What hurts is that you didn’t do your best. 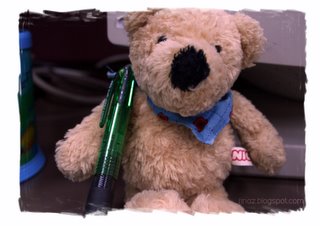 Have the discipline to do little things you don’t like and you can spend your life doing the big things that you do like.

Err .. thank you for that Ted. I’ll try to remember that.

Anyway, I’ve got a new toy a work and I’m a little excited about it. The new stock of digital cameras arrived and I asked Gavin, who was keeping most of them for one to play with.

Previously, I’ve been complaining about how the school has been using backdated cameras.

I don’t know anyone who uses this any more. It’s so old school that it deserves a museum of its own. In a world full of SD-Cards, CF-Cards and Memory sticks, the sony mavica camera uses a floppy disk! And it’s 1.3 megapixels. Amazing.

Sexiliciously sleek and slim with an alluring champange gold body. And so small. It’s much smaller than my palm even. I’m amazed that at a resolution of 7.1 megapixel, the body was so small.

It took a while for me to get used to a point and click camera after my regular use of my regular EOS 350 DSLR, also by Canon. But I’m quite surprised that the Ixus still has a few features that I never thought a point an click would have, like ISO settings and White balance and I saw some nifty features like the photo stitch, which I really liked. (Panoramic pictures! Awesome!)

The Ixus isn’t as good as my EOS 350. The startup time isnt as fast, and each shot takes a split second to do (instead of multi-burst) The colour sometimes isn’t so true to the real thing too. But it’s like comparing apples to oranges. The Ixus is most definitely useful for travelling around and those situations when you just dont want to carry a huge camera around. 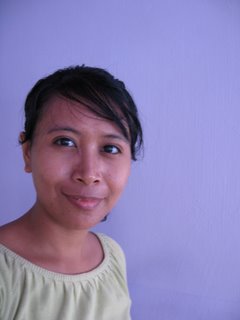 Colour may not be true 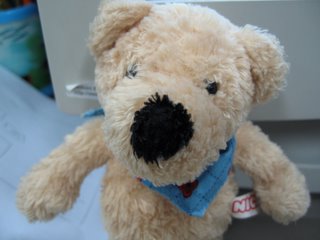 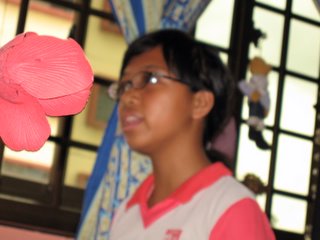 Focus on an object and blur the background like a slr 🙂 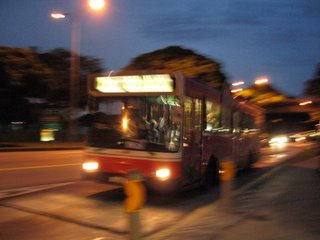 May not be good for quick moving subjects

But overall, is an awesome camera – so now Imma gonna kidnap this camera for a while 😉