Inspired by my smiley stress ball. Everyone needs some cheering up every now and then. Smile!

Some teachers at Shuqun asked me to film a montage in preparation for this year’s O level batch students. Initially, the teachers wanted for the students to go to the resource room to make their dedications. Unfortunately, not many people turned up (actually NO ONE turned up) that Pauline, one of the teachers suggested, why not have an impromptu live shot.

And I did, we went around while the students were studying and revising, filmed them in their natural environment while some of them commented here are there. I liked the ‘live’ shots.

It was funny, looking at some of the kid’s antics. Most of them were covering their faces, some of them ran away from the camera. A few weren’t shy and were acting really crazy like laughing maniacally, some were rambling incoherent words.

I cant wait for to edit the footage.

And at the same time, I had a bit of fun (and mischief) playing with the camera. Really. What else would I do? Exams were over, I had no classes, teachers wee too busy to allocate me with any of their IT related stuff. I could make another flash course packaging : But I just had no materials at hand at that time.

So I did a short clip around the office. Played around with Win DVD Creator but I thought that software was quite limited in the editing capabilities. I didn’t fancy it too much but that’s the only video editing software that the school has.

I went to Download.com and search for a recommended software. And I came across Ulead. I really like that software, so simple to use with alot of options like colour adjust and customizable titles. Very nice 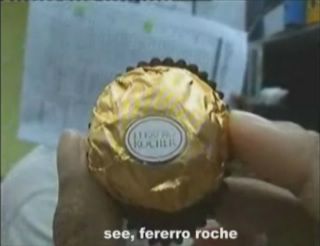 I was able to do this in a shorter time compared to the software at school. Tried to compress this, the best I could and its a little big though at 15 megs for a 3 min clip.But its a whole lot better than it being a 90 meg clip in the initial stage. I think I could download Ashampoo movie shrink to compress it even further.

Faizal, one of the art teacher saw me fiddling about with the video camera and we had a chat after that. I realised that he knew Amin, Zurainah and Hisyam, all of them teachers from Westspring Secondary, the former place where I worked at. And he started talking about how filming and then asked me if he could perhaps use the video camera for his art class.

“What kind of video camera is this?”

Maybe you could persuade Mr Gopal (head of departments for IT) to buy some, that’ll be great

That would be so nice.

“I’d like to show the students abit about film. Its part of the options students at ) level could do”

Wah really? I didn’t know that! What about A levels?

“Yes, its just not widely known as some art teachers aren’t very familiar with these, but the ministry of education is pushing art teachers to implement them”

How about 2d animation? And digital design? *excited*

“Yes, that too. In fact, there are many forms of art that you can take for the examinations.

How exciting! I’d like to give it a shot, taking art as a subject at my A levels. I think it would be a whole lot of fun. Why not? I think I’ve got the aptitude for it, even if I never took the subject at O levels. Some people are just naturally gifted 😛

Speaking of A levels, I has a chat with Karen, my economics classmate during breaktime yesterday. It was going to be our last econs class for the year.

Karen: Aww … after this, we wont be meeting each other anymore. It was nice to meet you

Brandon : We’re still going to meet each other, maybe for study groups or just an outing

Me : Wah, don’t say like that, its like we’re going to part and go to different countries. I don’t feel so ready for next year A level exams. Time passes by so quickly.

Karen : Yes, don’t forget to register by march or you’ll never be able to sit for the exams at the end of 2006.

Karen : don’t forget to save up for at least 1k – you know, for every subject you take, its about 100dollars plus. And that doesn’t include our study fees.

I still want to give it a shot. I’ll just say good luck to me. 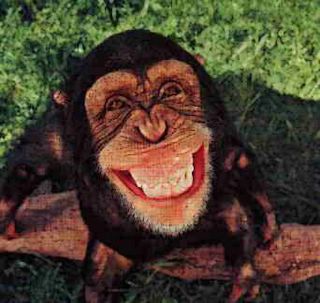 While on the topic of smiling, don’t you find it interesting that when you smile at people at random, they will small back instantly? Even if they are complete strangers and don’t know them. I find myself smiling more and more. (maybe its the fasting month which mades my mood a little more happier?)

I’d smile at the bus drivers, and they would smile back at me.

I’d smile at random as I walk along, and some of them would take a while, but a smile would eventually form.

Heck, I even smiled at the uncle who was mopping the floor at Burger Kings and he gave me the biggest smile and immediately his eyes lighted up and he quipped a “Eh? Its you!” and then a split second later saw that I wasn’t the person he mistaken for.

There was one incident, that was super funny to me. I was walking with Hema at Sun plaza a while back and while she was at the toiletry shoppe, I went outside and looked around. I glanced at a guy and looked a little and smiled a little at him. And he came up to me!

Guy : Hey I know you. What are you doing now?

Me : Hey man! How are you? I’m teaching computers to kids now.

Hema coming out of the shop

Hema : Who the heck is that guy?

Me : Beats me. I’ve never met him before.