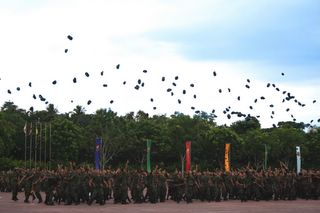 Full of spirit, the privates threw their caps in the air, symbolising that they have graduated from their Basic Military Training. As the green caps decorated the air like confettis, the privates had a million thoughts in their minds. Some felt happy, some felt proud and some were thoughtful. But all of them realised how far they have been and basked in their camaraderie.

My brother, Nazry, graduates from his Basic Military Training (BMT) yesterday and he invited mum and me to see the graduation ceremony. Mum was most ecstatic about it that kept nagging at me to hurry up and get ready.

We took the train to Pasir Ris and reached there at about 1pm. There were signs like these everywhere, pointing us to the right direction. 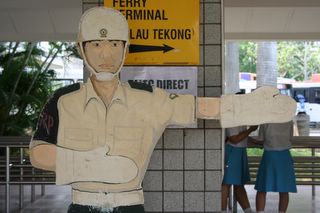 Security was pretty tight there, with soldiers guarding the place. No entry for anyone who didnâ€™t carry with them the entry coupons. 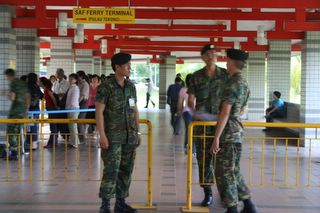 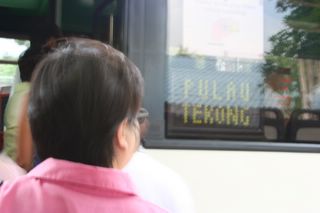 We waited for a while, and then we had to pass through another gantry. This time, it was required for us to show our identity cards before we could pass through it. 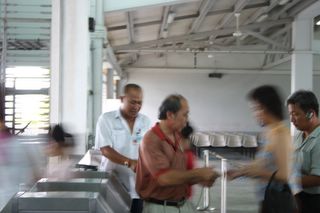 There were a number of soldiers at every corner, some of them with weaponry for security reasons. 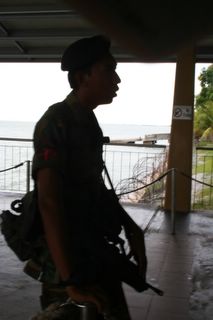 And in the jetty, I could only imagine what my mother could be thinking of. At length, we reached Pulau Tekong, and went up the steps to the parade ground square. There were many other friends and relatives there that it was extremely crowded on that warm Tuesday afternoon. Everyone was fanning themselves with pieces of paper or whatever they could reach to. But no one was complaining as they were happy to see the proceedings of the ceremony. 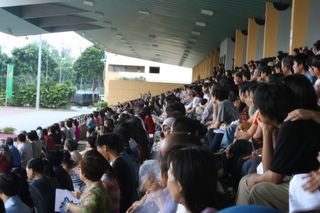 At length, the parade began, with the marching band playing and the platoon marched in one by one. They looked really smart and neat in their green uniform. Even mum commented about it for about every 5 minutes or so. 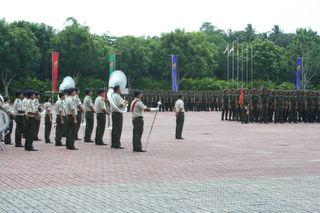 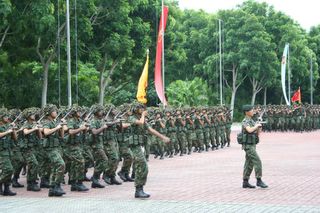 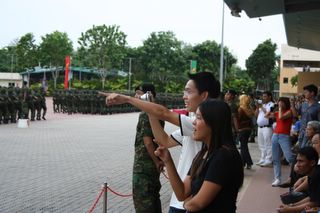 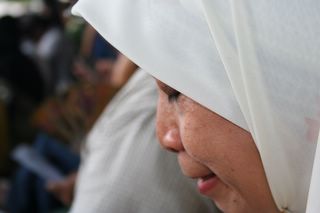 Mum looked really emotional and I could see the pride in her face when I asked her, How are you feeling? And she beamed.

After the parade was over, we were allowed to go down to have a picture with the privates, they, on the other hand, weren’t allowed to move from their ‘senang diri’ position.

After a while, they completed their marching parade and threw their caps in ther air and said their congratulations and congratulatory hugs to each other. 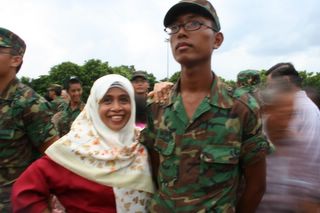 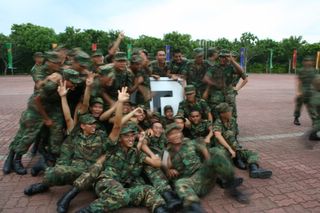 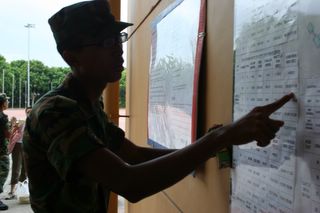 After a few farewell, it was time to go home, with many treasured memories. 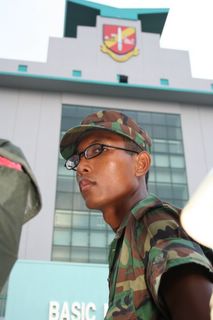 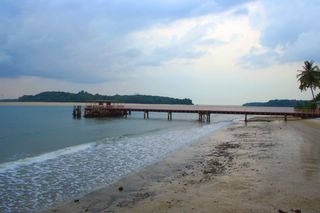 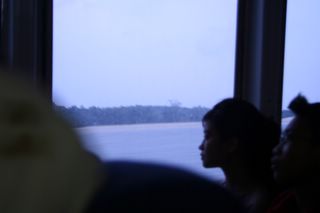 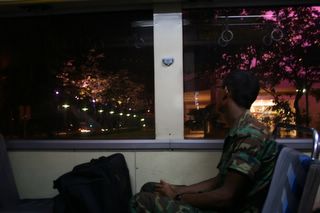