The place where I worked at, Shuqun Secondary School participated in the Learn@Singapore competition. It was a yearly affair hosted by the ministry of education to promote the use of technology in daily life. 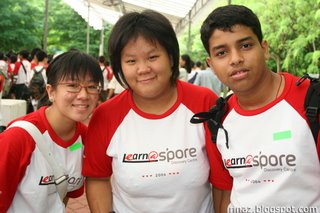 We went to the Singapore discovery center for this year’s event. This year, we are supposed to complete a teasure hunt and the clues are given through 3G messaging.

It was loads of fun trying to decode and find the clues and getting to the next challenge. It was interesting to note that we took our time and breeze through the clues while other teams were so frantic and pushed each other while trying to complete theirs

We completed it earlier than most teams anyways 😉 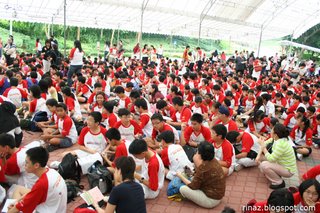 Many participants from various schools 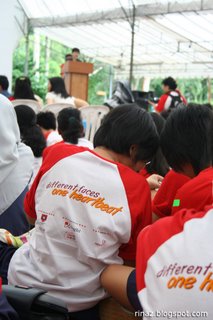 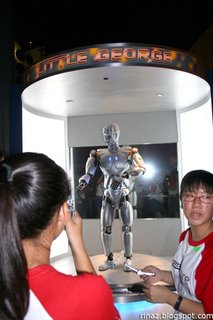 Little George is a robot with artificial intelligence 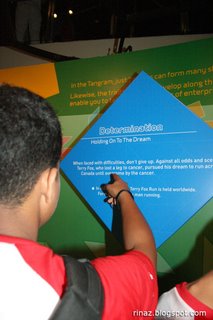 One of the stations we went to 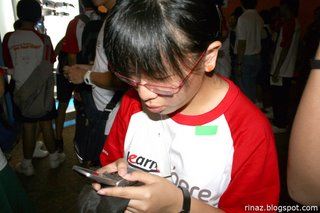 Sending the answers and then receiving clues through the 3G phone

And at the end of the event, the team are supposed to create a moblog and blog about their experiences, what they have learnt and about the theme of the event.

There was a similar competition last year while I was attached to another school. But due to certain events, I didn’t pursue it any further. But I wonder how the team will do this year.