My night-classmate, Zuraidah and I met to have dinner and we met the friendliest and sweetest person ever.

It was friday night, and we decided to meet in the city. I reached there at about 6.30pm and it was already extremely crowded. The roads were full of cars weaving in and out, honking and being impatient. I dare not cut between, as I used to. Better be slow but safe than be sorry. I tried desperately to find a place to park the scooter, however, there didnt seemed to be anywhere scooter friendly. And even when I reached the parking lot, it was already parked full of motorcycles with other motorcyclists waiting for someone to come out so they could park in their place.

It was hopeless. I doubt I’d be able to park there.

After contemplating, I decided to ride around the area again. And soonafter, it started to drizzle, and I panicked as the accident was still fresh in my mind.

So I quickly went into a random shopping center carpark and parked there and went up to meet Zuraidah. My goodness there were people everywhere. You couldnt walk 2 steps without having at least one person to the front, to the back, left and right of you.

I dont think that I’d be riding along these area during the week of christmas. With even more people then, it will be much more stressful.

I met Zuraidah by the junction and we proceeded to Centerpoint. We decided to have dinner at pizza hut and Zuraidah’s eagle eye noticed the name tag on the user.

And they quickly became very friendly with each other.

She was adorable, she was friendly and she was funny. That I couldnt help but to laugh out loud at her mannerisms and quirkiness.

Zuraidah and I finally decided on having the christmas pizza set. But we didnt want to have the hash brown which was included in the set. And we asked the waitress, Zura, if we could substitute it with something else.

“Not a problem!” she replied, with a smile.

Zuraidah and I were floored! We have never met such a positive waitress like that before.

Dinner went on great, with the two of us discussing and talking when suddenly one waitress put the bill on our table. And I thought hmm, are they chasing us away? Till I opened the book and saw that there was a $15 dollar note in there. Someone mixed up our table with another.

Zura then came up and we told her about the mix up and she joked,

“Darn! You should have kept the money and split it up among ourselves!” and lively chatted with us.

“Are you sure it was okay to subsitute the food?”

“Nah, dont worry about it”

Zuraidah and I were a little worried when the manager were looking in our direction. I really didnt want sweet Zura to get scolded by talking too long with us. Eventually, we were done with dinner. And Zura came up with a coupon for us.

It was a discount coupon!

That was the nicest thing any restaurant has done for us. We were floored! It was so nice that I began to feel guilty. Here is this girl, only 18 years old, in her vacation job, being all happy and cheery and being extremely nice, to us, strangers whom she has never met before. 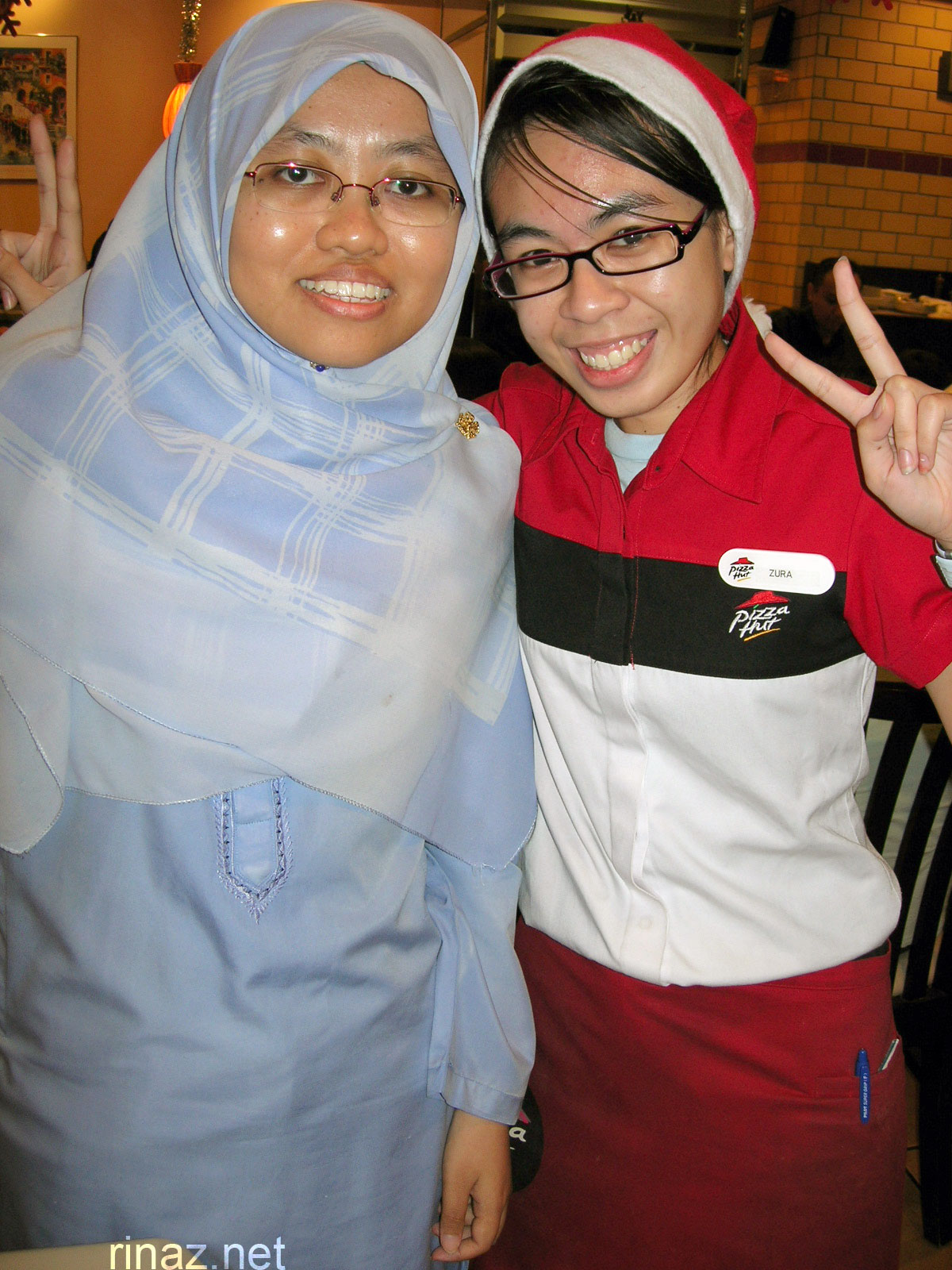