I’ve been using my Galaxy Nexus for close to two years now and it is already starting to be obsolete.

Already Google has stopped updating its system and apps were starting to stop functioning properly. I kept having issues with twitter – it won’t open at all. The most annoying bit is when trying to play ingress and my location keeps jumping back and forth despite me standing in the same spot.

I was briefly considering on getting a new phone but our friend Lorenzo, who’s an android enthusiast managed to flash a ROM on my phone when he invited us over for dinner. 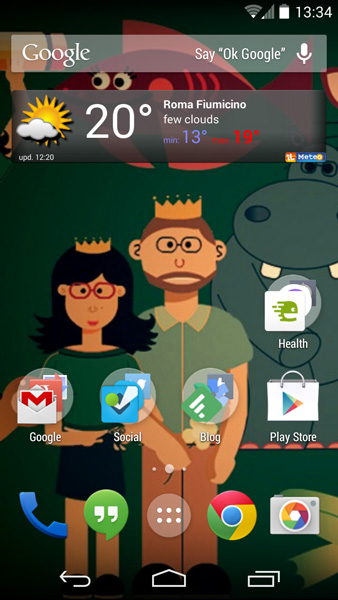 I’m not entirely sure what Lorenzo did on my phone but suddenly I now have Kitkat 4.4.

Prior to that, I’ve already backed up my pictures and the nice thing about android phones is that whatever you’ve installed previously is remembered by Google and the apps would instantly load by itself.

Kitkat looks interesting to me so far and navigating through the apps feels faster than usual. There are new functions like SMS messages being merged together in ‘hangout’ as well as ‘Google Now’ which I quite like – it updates its cards depending on your location and the sites that you commonly go to. Lets say that I have my location turned on, depending on where I am, it will recommend me restaurants to try, or let me know how long it will take for me to go home.

But I’m extremely amused especially with “Ok Google”. This is a feature where you can tell your phone what to do. I’m impressed at how I can set alarms, do searches and open applications without having to touch the screen at all.

Cart tried to install the same for his Galaxy S4 but it doesn’t seem to work as well.