The P or ‘principiante’ sign is a sticker that new drivers put on their car. I finally took out the P-sign off my car last weekend. It was such a peculiar feeling for me, like pulling off a band-aid.

It’s been about 2 years since I’ve passed my driver’s license so that’s something that should have been done a long time ago.  It’s just that I feel ‘safer’ with it somewhat as in my mind, I think that with the P-sign, other drivers will tend to avoid me.

At the same time though, regardless with or without the P-sign, there are a number of reckless drivers on the road.

The most dangerous would be those who just cut you off, even when you have the right of way, without signalling and you’re going at a high speed. Why is why I never take chances, and am always alert at all times when I drive.

But once you’ve experienced driving in Rome, I think you’ll have the skills to drive practically everywhere else in the world. Especially when parking in Rome, where it’s notoriously difficult to find any empty slots so one is forced to manoeuvre in that teeny tiny little spot.

Look at how Cart parked his car one time :

There is no space at all between his and the other cars. How on earth did he do that? Did he learn Shaolin?

I still have a long way to go before I could do something similar. In fact, I don’t think I will ever have even 1/10th of Cart’s skills.

Having a car in Rome is useful, and I feel grateful during the days when I have to travel around, especially during Winter or when it’s raining. But there are days when I wonder if it was worth buying my car.

Owning a car in Rome isn’t as expensive as compared to in Singapore. Nevertheless, it still quite a yearly expenditure as insurance is about 500 euro a year and road tax is about 120 euro. Not forgetting the rising fuel prices. 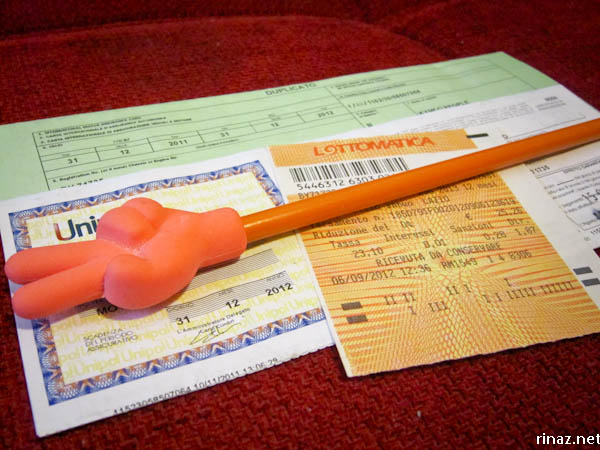 The things is, Cart has his own car while I have my own. So that expense is doubled. We also have a scooter, but it costs significantly less to keep a two wheeler.

It seems like such a waste somewhat that I only use my car 2 or 3 times a week and Cart drives to work and leaves his car at the office the entire day. There has got to be a more efficient way.

Despite the issues of driving in Rome, I’m still glad that I learnt how to drive as I think that it’s a useful skill to have – especially when faced with the frequent transport strikes in Rome. How does one deal with having to go commute or sending their kids to school then? 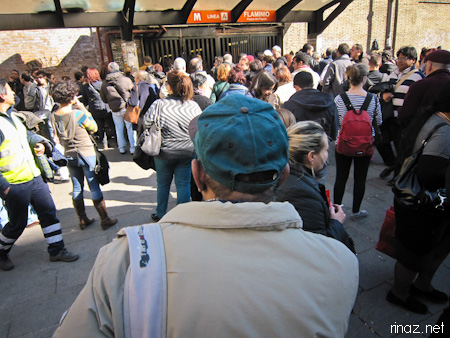 There was a time when my vehicle wasn’t working, and got caught in a transport strike. At least 5 hours of my life wasted. It was a nightmare! I really don’t want to go through that again.