Cart is so very very sweet. 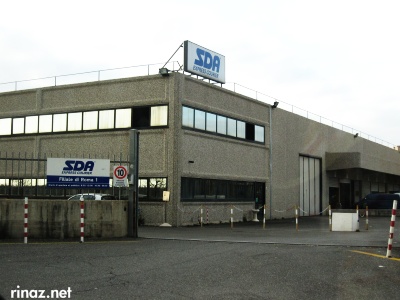 It costs 230 euros as taxes to retrieve the computer. Ironic when its a gift

After all the hassle with the delivery service, he took the time during his lunchtime to drive all the way to the post office delivery headquarters to retrieve back my computer and my boots. Twice! On two separate days.

I was so excited that I leaped at the box and pulled the computer out. How long I’ve waited! 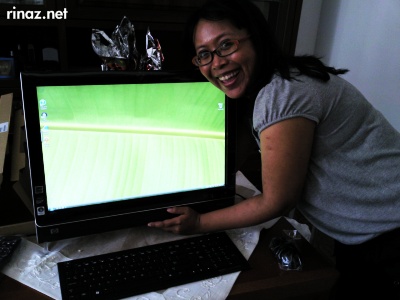 As you can see from my huge grin, I’m really happy to have finally have my computer with me. Can you believe that it took over 4 months to have it shipped here from Singapore? I still remember the HP Touchsmart unboxing livestreaming that I did with my brother in August 2008. 4 months is a long time and this makes me feel rather unconfident of having anything delivered overseas to Rome.

But regardless, I’m relieved that the computer arrived in one piece. And now it’s sitting pretty in the study room right next to Cart’s compy! We would probably evolve into a non verbal relationship where we communicate solely by plurk and msn even when sitting next to each other, but no matter!

Doesn’t it look good? Took some time to re-explore the interface all over again as it had a MS Vista OS instead of XP which was something that I was used to. Moreoever there were a number of installed programs that was very amusing to me. 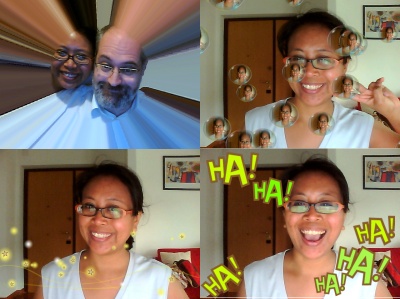 One of them being the Youcam function which allowed me to take pictures like the one above. It was similar to my logitech webcam as well as the Mac Photo Booth. 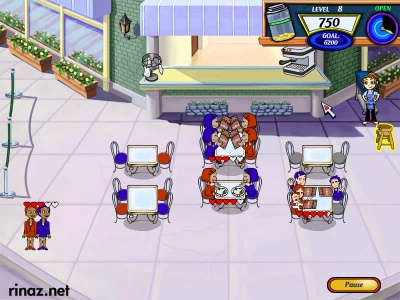 There are also other games that are distracting me like Diner Dash. And very soon I’d like to install Premiere Elements! It has been a while and I’m looking forward to do some video editing. I’ve missed that 🙂

And I finally got my Ugg Boots!

I’ve been jonesing it for the longest time after the first time I laid my eyes on them. After fruitlessly searching for them in Rome, I bought them online. It’s a little daunting when there were so many fraud websites that was really hard to tell if the website is offering genuine merchandise or not.

I saw a number of websites selling branded shoes, bags and designer jewellery. While some was easy to tell that it was fake, there are others which are not so easy due to the pricing. Fakes should not be so expensive right?

So I choose a respectable looking website and when it arrived, thank goodness it was a perfect fit. There are furry insoles which are rather nice to touch. But putting on the ugg boots feels strange, though comfortable, it doesn’t feel as if there is support at the base. When I walk, it feels as if I’m walking with flip flops rathter than sturdy boots.

With how rough I am with shoes, I’m not sure how long these will last

12 Replies to “Hooray! My computer is here!”