Juli accompanied me hotel hunting after work today and we went to different areas to survey for suitable accommodations. She said that it was not advisable to trust from the pictures from the brochures alone. It’s best to see it in person.

First off, we went to the Santa Grand Hotel in West Coast and though the location was far from the heartlands, it looked private and cosy. From the pictures, the rooms looked good. But unfortunately for us, there were no rooms available for viewing nor were there rooms in late December.

We then went to another hotel which was nearby. We asked for a viewing, and got to see one of their rooms. To me, the rooms were live-able but Juli didn’t liked it. I could see her point that it could be a little creepy with the bare walls and the room was rather dark.

We then went off to go to the northern side of Singapore. As I don’t frequent areas outside of West and Central Singapore so much, I wasn’t sure how to get to Serangoon on my scooter without the streetdirectory. We went around riding till my rear was sore and after the longest time, we found ourselves in the city area. 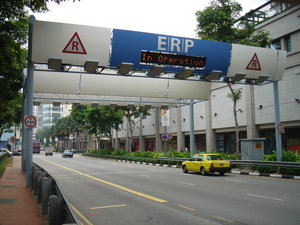 I found out that my IU didnt work just about I was to enter the gantry at the central business district area. Previously I didn’t insert my cash-card properly into the IU and I got fined. I had to swerve and quickly parked my scooter at a drop off point and wondered if I should just push the scooter back to the main road.

We continued on our journey and about 2 hours later, reached One Florence Close. I met Mr and Mrs Tan and their helper. They were really friendly and answered my questions.

“Can we see your rooms?”

“Aww sorry, we have guests in the room and we don’t have any to show you”

“Is your rooms suitable for a family?”

“Yes, you could even have 5 – 8 people in a room sleeping comfortably”

“What’s the oldest person that has stayed here?”

And I saw their adorable, fluffy cats Romeo and Pepper. Gosh I could just eat them both.

The place was very home style, with visitors being able to cook in the kitchen and lounge on the sofa next to it. There is a computer we could use and a deck outside for a little al-fresco. I could see myself staying there as its very homely and inviting. The only one minor issue is that the communal toilet and showers are a tad cramped for me and Juli so I don’t think its suitable for Cart.

After we said our goodbyes to the family, we headed to our last stop, which was hotel 81 Bugis. I managed to see a standard room. The beds were clean, I liked that they used a LCD screen for their TV. But the room were so tiny and were no windows so it felt so claustrophobic. 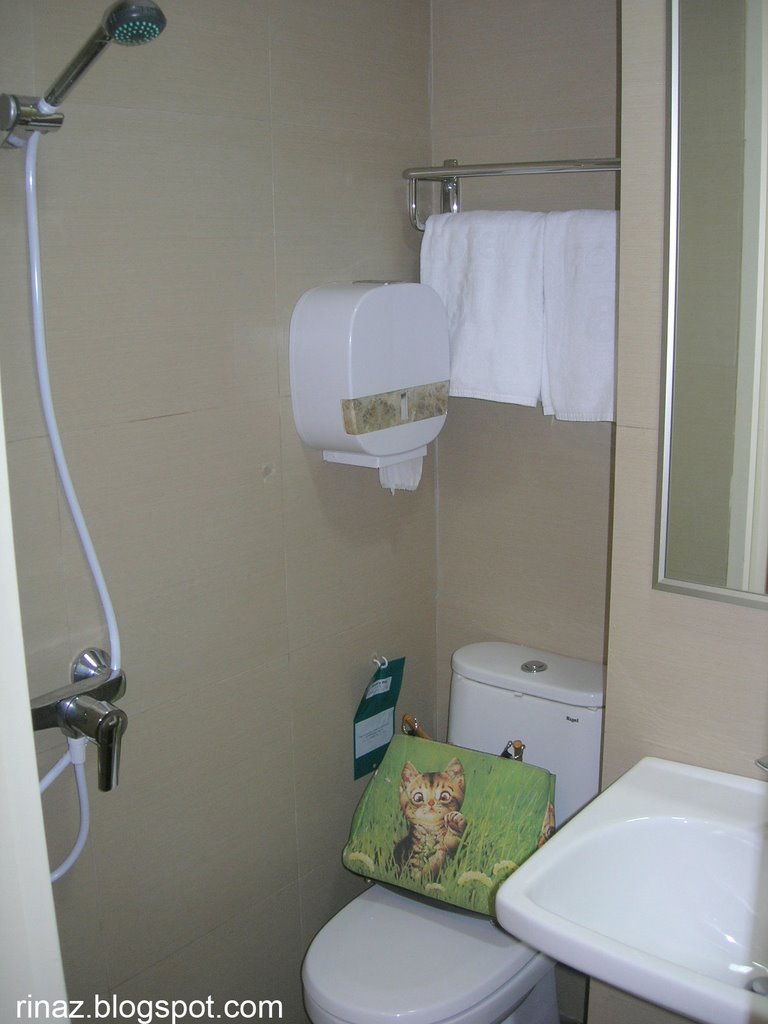 The bathroom! It’s tiny! It’s the size of two toilet stalls. Argh!! This is almost demoralising.

I need to do more scouring.

3 Replies to “Adventures in looking for suitable accommodations in Singapore”