My dearest has just recently booked his flight to Singapore. He’ll be here around the end of December so a big chance that we’ll spend Hari Raya together!

I’m most excited! I miss him so much, that it gets so depressing, it’s unbelievable.

Now where shall I take him to look around?

There are a couple of places where I could bring him – such as the more popular destinations such as the Sentosa Island for a day of frolicking at the beach or go to the different attractions there.

We could go to the esplanade together and catch a musical concert in the halls inside or just chill out by the bay and to listen to the band playing by the sea.

Maybe even going to the zoo (though it has been years since I’ve last been there) to see all sorts of animals in an ‘open concept’ environment and the night safari after that. 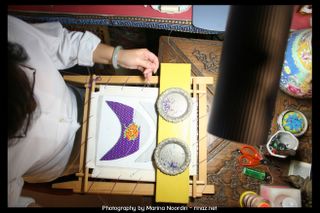 Or we could go the ethnic way and visit a tea house in Chinatown, eat delicious curries and pratas and see the Sri Mariamam Temple in Little India while I drag him to Geylang Serai or Arab Street to have him fitted with a Songkok (Malay Hat), Kain Samping (Kind of like a Sarong) and Capal (Malay Sandals) and visit the Sultan Mosque 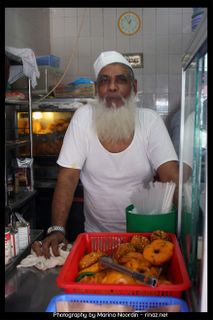 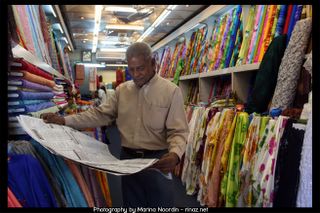 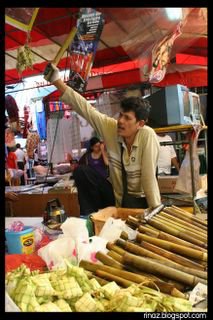 Or we could go the urban way and let him see the heart of the city while we visit city hall and walk along war memorial to the parliament house, or to the Elgin bridge as we watch the bum boats pass by the rivers of Clarke quay. 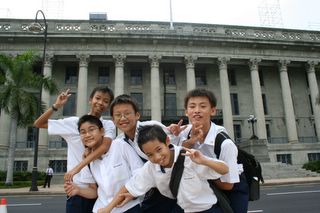 I’d like to show him the art museum, the kitchy Haw Par Villa and if he’s up to it, maybe go to the rustic charms of Pulau Ubin or to the East Coast Park. 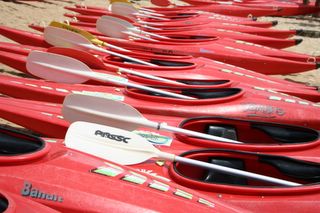 We’ll go to the Botanic Garden to see the beautiful flora and have a little picnic while the concert plays on.

I’ll let him have a first hand experience of the public transportation here and we could compare the prices of things when we go shopping, be it for groceries at Fairprice or electrical items at Sim Lim Square or even books at the borders book store.

And then a walk along Orchard road to visit the Istana and then stroll along the streets at night time, which, by then be full of lights and decorations.

And obviously since I’m a Jurong girl, I won’t forget to let him see the beautiful lakeside park that we have here and we’ll stroll by the Chinese Gardens and sit down by the bench watch the beautiful and tranquil scene in front of us. 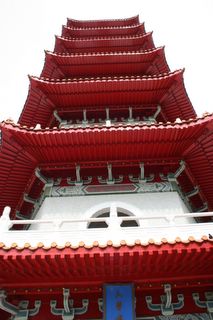 We could have breakfast in the Bird Park, sipping our breakfast tea while birds of a multitude of colours surround us.

And since Cartcart is such a Maths-lover, We could even go to the Science Center which is just a couple of minutes ride from here. I think he’ll like it 🙂

I’ll even let him try a taste of durian. It will be interesting I think. I’ve never heard of an European eating durians before. Have you? 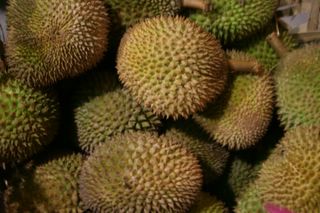 22 Replies to “Cartcart’s coming to Singapore!”