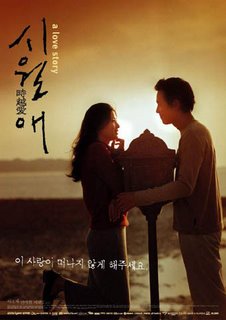 After much hunting from different movie stores, I finally found the Korean show, Il Mare.

It was spectacular! If you are into hearfelt and romantic movies, this would definitely be a good choice to immerse to for the next hour and a half.

Without spoiling it too much, the gist of the story goes this way :

It is currently Christmas 1999. The movie starts off with a woman who has just moved out of her home by the sea, to her new apartment. Expecting an important letter, she places christmas card with a message in the mailbox for the next tenant to forward to her new address. 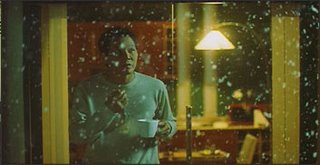 A man picks up the letter from the mailbox and replies back to her that he is actually the first tenant and that there was no previous tenants before him. He looks at the date of the letter and was amused to see that it was 2 years ahead in the future. 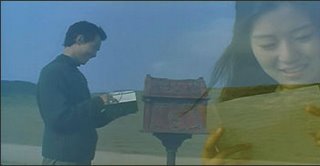 They finally found out that the mailbox was able to send messages at the same day and time, only two years apart.

After several correspondence, they began to have feelings for each other and decided to meet. But how do two people from two different years meet each other? 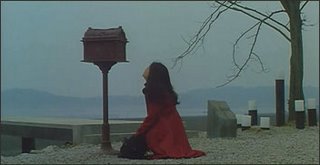 I was truely enthralled by the movie, there were several scenes which left me sighing for the hero. One memorable one was when he goes to the train station and managed to see the woman and she gives a big smile.

But she wasnt smiling at him, instead, she was smiling to her current boyfriend. It was 2 years before so she couldnt recognize the hero. He’s left dejected.

“Was I just a stranger to you?”

“Am I only a meaningless, faceless stranger to you?” 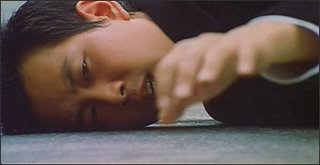 I love the visuals of the movie – beautiful colours of the house beside the sea, the salmon pink sky, soft snow falling by the window. The two characters who acted as the main protagonists were perfect in their chemistry and timing.

Not forgetting the musical accompaniment that truely heightened one’s heartstrings. 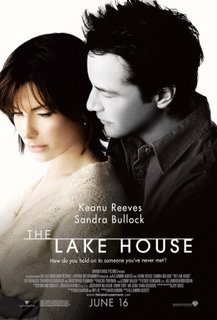 Some may say that the storyline is rather farfetched with the wormhole theory, but I say just let it flow and enjoy it as it is. It is really a charming and beautiful movie.

Actually I only knew about the movie while watching the advertisments that were currently playing for the movie ‘The lake house‘ starring Sandra Bullock and Keanu Reeves.

But after knowing that it was actually a remake, I decided that I’d rather watch the original one instead. I’m usually disappointed with Asia to Hollywood remakes ever since ‘The Ring‘.

Though I have a preference for foreign movies to be watched original, as it is with subtitles, the reality is, they are a majority of people in the world who are more used to spoken english movies which justifies these remakes.