The first time when you ride on the road, it tends to get overwhelming. Especially when you are on your own and not familliar with the road. But in time, you’ll enjoy it and feel freedom and a sense of accomplishment. 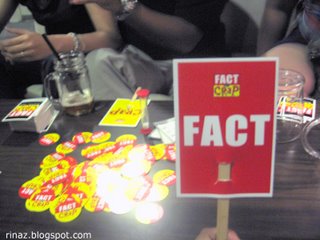 I was talking to Red online and told him the news about the scooter. Coincidentally, he owns a Vespa himself and gave me some practical advice while being on the road.

I was still under euphoria. On a whim, I said, “Lets go out on our scooters!” Surprisingly, he agreed.

I brought my brother along with me and we met up at the Taman Jurong bowling alley before riding off together.

“Aww … I’ve always wanted this one”

“I think I’ll get one in time”

“Yes, but please go slowly, I’m not familiar with the roads yet”

Red led the way and we rode along Boon Lay way to Holland Drive and I took in the lovely and tranquil sights along the way. There was this particular area that I’m not sure of the name of the road that we passed though but it was lovely.

It was suburbia – bungalows of different types shaded with many flowering trees of many different colours. I think it was beautiful.

We reached Sixth Avenue and headed for this place called “The Tea Party”. Friendly waiters greeted us and then we looked at the menu. My gosh, there was such a wide array of teas there, it was mind boggling. We must have taken at least 15 minutes just to read and flip through the intensive menu.

I’ve never seen so many different types of teas being served. There were more varieties of tea here than even the Chinese Tea House that I visited 2 years ago.

At length, I just picked at random, a flowery rooibos tea, my brother, spicy tea and Red had this tea with an unpronounceable name.

But when the tea arrived, we were all enthralled and breathed in the beautiful flowery tea smell.

Soon after, a couple arrived and came up to us. Immediately, I knew that they were Fadhli and his girlfriend Yati. 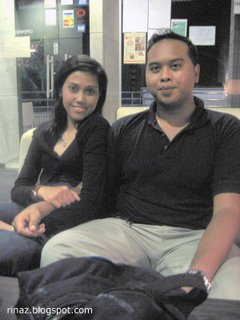 Actually this was the first time that I’d be met Fadhli in real person. All these while, I’ve been talking to him online. I first got to know him though deviantart and thought of him as a very talented artist. He did works like these, which are most impressive.

It was a comfortable meet, they were very friendly and I was a little surprised even, to see that there was no awkwardness among any of us.

We had a lively chat over tea, got baffled at the Shah Alam supernatural display, laughed over Richard Gere jokes and cracked our heads over this completely weird game called “Fact or Crap”

Me (reading a random card) : A rattlesnake can commit suicide by biting itself

Red : What kind of stupid question is this? Crap!

Bro : And I’ll go with the majority vote

Me : The answer is ‘crap’. Rattlesnakes are immune to their own venom. Please put a token in the pile.

Everyone : What the heck! Richard Gere must have used his visa card to change the answer again!

It was an evening of enjoyable fun and laughs. Too bad the evening passed by so quickly. Eventually, we had to say our goodbyes. But it was a such a pleasant day and I hope to have more pleasant days ahead. 🙂

4 Replies to “Lovely day out at the tea party”