The lingerie fair at IMM was lovely. I got myself a stylish pierre cardin bra and panty with matching camisole for only $50 dollars after my old bra trade in when regularly it would cost $40, $14 and $39 individually. 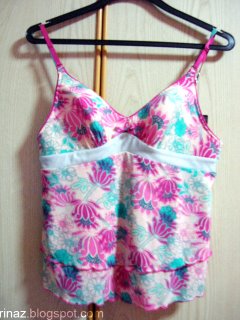 I could have gone crazy there though. So many lovelies. And cheaper too. Even some of the ones that I bought just last november went on sale, 2 pairs for $29. Unfortunately the choices were limited though, and some of the lingerie that I saw from the website wasn’t there. And I don’t fancy the dressing room that they had there which was so cramped! There wasn’t enough space to extend my arm forward. It felt a bit coffin-like even.

But anyways all in all I had a whole load of fun with all the lovelies. Great deals like that dont come very often. I’m surprised there wasnt more people coming over though. There were just a handful of ladies when I was there. More for me I guess 😛 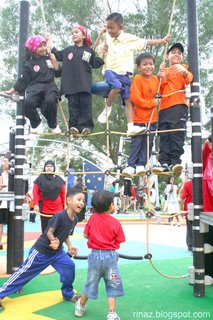 After some months of construction, the new Jurong Greens park was officially opened today with a fitness carnival and there were so many people. It was lovely to see so many excited and happy faces as they participated in the various activities.

When I arrived there, there were many people queuing up, waiting for to try out the different games there. 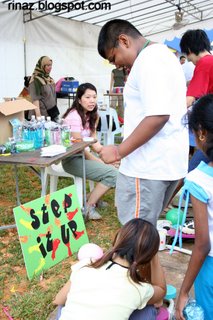 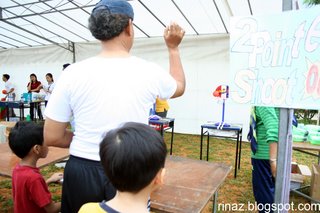 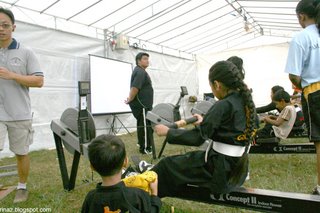 There were many happy children there too, playing with their friends and it was such a delight just to see them laughing and smiling as they played around. 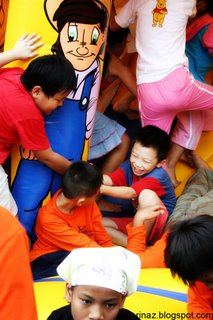 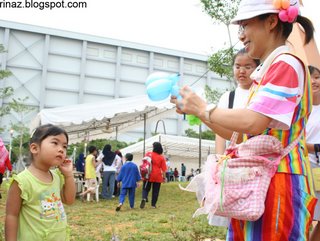 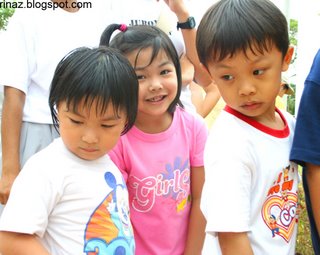 Near the concourse, there were a few activities too, such as the taekwondo and juggling display as well as the break-dancing display. 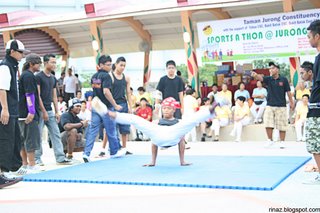 Soon after came the announcement of the lucky draw winners. Hamish Brown, radio personality for class 95 was there. How funny it was to have him smile in my direction as I casually took a picture 🙂 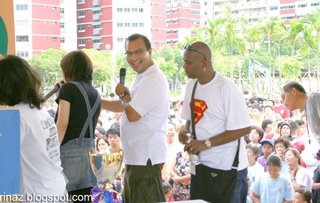 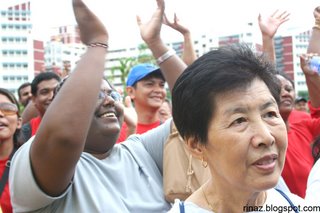 The happy faces of the proud winners!

Went to the Natas fair at Suntec City afterwards. The Natas fair was where different travel agencies have their annual fair to promote their packages. This is where people were supposed to get good deals. And thus, with the long Easter break coming up as well as the June holidays, there were a huge crowd there, from the ticket booth : 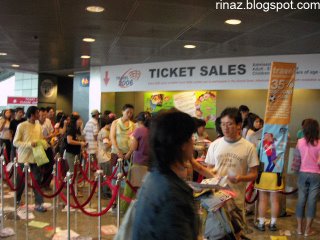 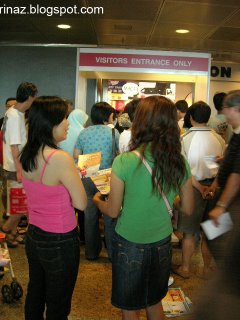 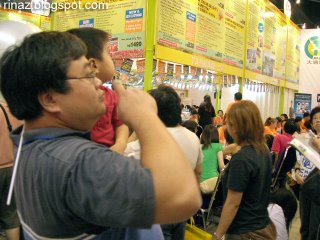 Narima, a ex colleague of mine whom initially wanted to go to Italy complained that it was super crowded and quickly left after spending less than an hour there. I could see what she meant by that. 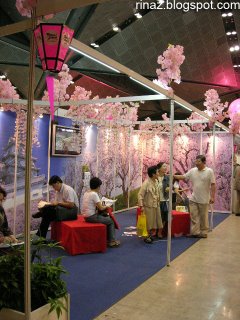 One of the prettiest display I’ve seen 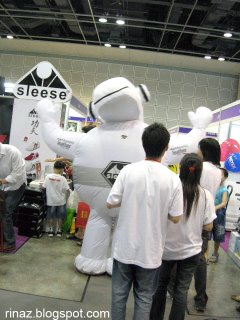 This poor thing got bullied by kids who kept kicking and poking it. I was tempted to scold them if not for their parents right next to them. Why didn’t they say anything? 0.o

Turns out that the Natas fair was catered more for packaged tours. And I wasn’t interested in that. However, there were about 2 or 3 agencies that offered plane tickets to Rome.

Funnily enough, the prices for the plane tickets weren’t competitive plus most of them said, “You HAVE to book today! Last day!” and I was left to think that I might as well book a ticket online anyway, which I did at fare.net.

I do hope I get a plane ticket.