The mosaic music festival was fun to watch yesterday. There were many different types of genres of music going on simultaneously in the different parts of the esplanade building.

I was bumming around yesterday and decided to roam around just for the heck of it. Initially I thought of attending a talk conducted at Suntec City but I found out that I was too late then I thought maybe I could go to the hospital to donate blood. Then I found out that it was closed.

Finally, I let my legs take me where it wanted to go and finally I ended up at the esplanade. Boy was it full of life with loads and loads of people. Some were wearing casual – typical jeans and tee shirts, but there were many well heeled people in an almost formal attire of heels, dresses and jewellery. But they all looked to have some fun.

I was standing by the foyer, overlooking the sea and I saw a crowd with some comperes talking to the crowd and I approached it and saw that there will be a band starting. A group started and played the samba and salsa music. The hypnotic rhthymic beat made everyone in the mood. It even made some people stand up and dance to the music too! It certainly felt very festive. 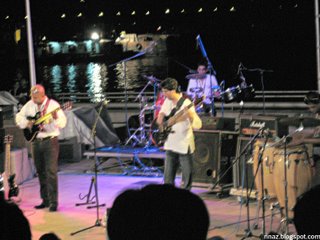 As far as my eye could see, there were people everywhere. From the completely full cafe’s alone the esplanade, to the entire granite seatings by the sea.

I felt quite lonely tho as everywhere I saw, everyone walked in two’s. Everyone! From the point where I walking from the foyer to the other end of the bridge. Till I even got teased by complete strangers for walking by myself.

But anyways, I’m sure Cart would have loved to see the music festival. Him being an avid music lover and that his ultimate favourite band, the Pat Matheny trio, was playing here too during the mosaic festival. He would have gone wild! 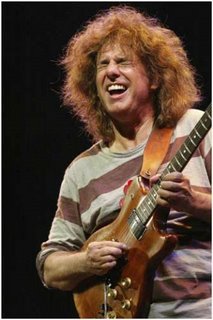 I then went in the building and there were flamenco dancers and guitarists. And I watched the dancers clapping their hands and sang lyrically in a language I couldnt understand. 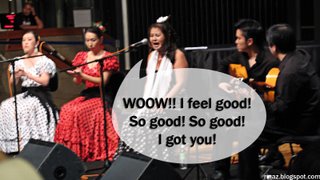 So very cool. Yes I liked it. Couldnt find the jazz section, I bet that would have been cool too. I liked acid jazz – brand new heavies is one of the bands that I liked to hear. Maybe they’d have that in next year’s mosaic festival

5 Replies to “Mosaic Festival at the Esplanade”