I looked down at the traffic below from the balcony for a few minutes and looked at the traffic, the people walking at the sidewalks. Feels just like home, I thought to myself. Even if they might physically look different, its still the same. People in vehicles driving to get to work. People back from grocery shopping to prepare breakfast at home. Friends chatting on the sidewalk. And I imagine what the Italian auntie would be thinking in her head…

Hmm … What shall I cook later. Maybe I’ll make pasta, maybe Pizza. What to cook … what to cook

And the man on the motorcycle as he zooms along

Woah! I had better hurry! I’m late for work!

See, people might look different, speak a different language. But we are still the same everywhere.

I had this for breakfast. 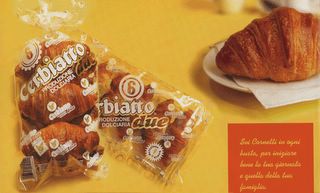 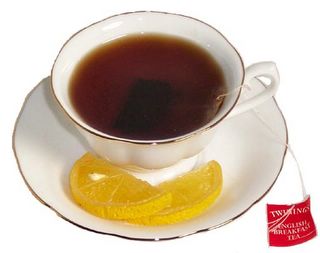 while he had cappuccino instead of tea. He offered me to taste some but I had to decline. Migraine. I cant drink coffee or I’d have a splitting headache. 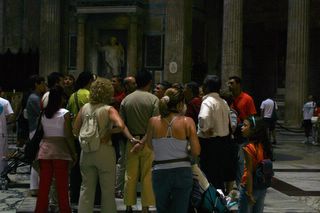 He took me to see the Pantheon today. Like the days before, I was so amazed to see such a huge structure. Everything is so big here, I told him. It was a crowded noonday, with many tourists walking around. Some were lying on the floor, some where just chilling out outside of the huge pillars of the pantheon. We walked in and looked and admired the beautifully decorated interior of the Pantheon. 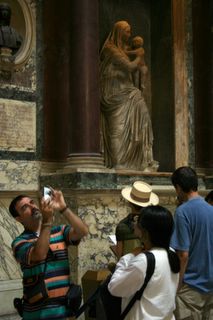 I looked up at how high the ceiling was. Wait a minute, there’s no cover on the ceiling! What will happen when it rains?
Then it gets wet.
How about the statues and others?
They should be fine. 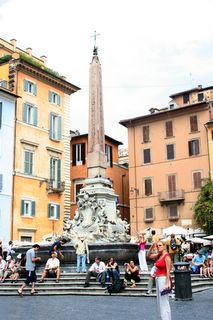 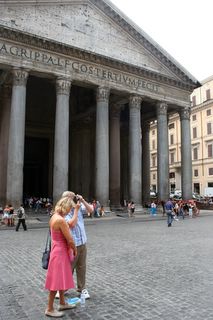 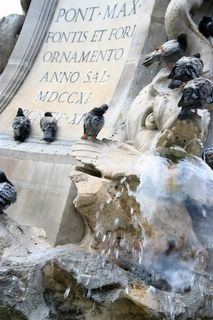 We then went along the street corners to rest for a while and ordered some gelato. He had coffee ice cream while I had a hazelnut one. This is giolitti, one of the most famous ice cream places here.

I looked at the beautiful display of ice cream, so colourful and appetizing and breathed in the rich aromas of freshly brewed coffee and the sight of the mouth watering pastries in another display. Oh how beatiful! I wanted to snap a picture of the interior of the place. However, I felt so self conscious to do so. Such a pity.

We continued with our journey and I find myself walking in a cobbled black road full of rows and rows of shops. He stopped me every now and then

Do you like this pair of shoes?
Looks pretty, but doesnt look like one I would wear
How about this one? (points)
I’d break those in 5 minutes …

Ohmygosh … that one’s 100 euros for a simple design like that. All of these shoes are way too expensive. I couldnt buy them … Look at that shop with a sandal similar to the one I’m wearing. Its 25 Euro here. Golly … I got it for less than 10 Sing dollars …

Before we knew it, we reached a place with many tall steps with a fountain in front of it. This is the Piazza Di Spagna or the Spanish Steps. There are usually many events here, like a model photoshoot (oooh!) or some other large events. 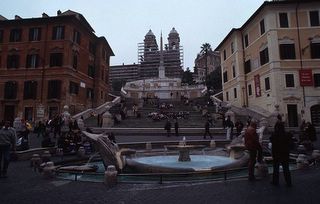 I hope we’re not going up there.
I’m tired.
Good idea.

We walked to the Piazza Navona which was right beside the piazza di spagna and I loved how it looked like, bustling with people, artists everywhere, showing off their artwork and some were painting. It was lovely. He showed me a statue of a man who looked frightened and was cowering.

This man is frightened because the building (which was in front of him) looks like it will fall on him.
Really?
Its a legend here. 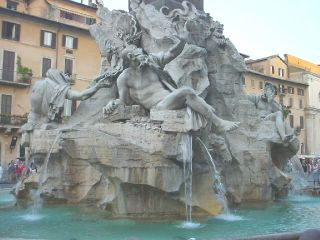 We didnt spend that much time there, and quickly left. 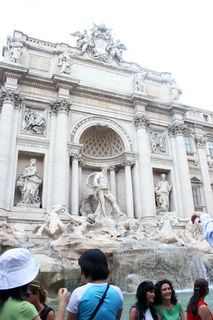 Look at where we are now.
Oh my goodness! This is the Fontana Di Trevi!
Wow (stays stunned for a few minutes)
I cant believe I’m here! 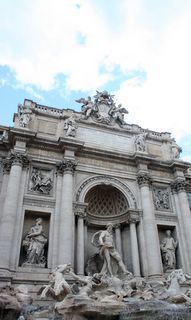 Its pretty crowded here. I held his hands tightly, feeling so amazed. We sat down and watched the crowd for a little bit. Extremely crowded. There were people throwing their coins in there. Taking pictures and posing by the fountain.

Did you bring your coin with you?
Erm. No, I didnt bring my coin purse, I didnt think we’d go here today.
I’d throw one for you, but I’m Roman, and wouldnt do much difference for me to throw 😛
So only a Singaporean coin would work for me huh? 😛

We then decided to take the subway. We entered the gates using the ticket pass aquired last Sunday, and I admired the decorated subway train which was fully decorated with graffiti. And then we walked and I find myself at the San Pietro.

Woah. I’m at the Saint Peter Basilica. This is so surreal. I never dreamed I’d ever reach here. This is the same place were the pope make his speeches for goodness sakes. 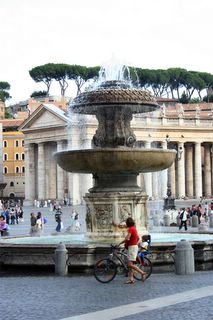 Fountain outside of San Pietro 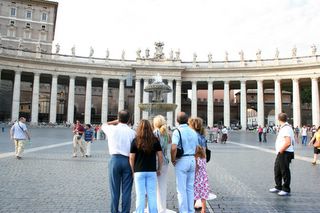 There are many people there (well, thats expected) chilling around, sitting on the steps. We rested a while next to some Korean tourists who were busy paying attention to their tour guide. And we talked, with me still amazed that I was at the Vatican.

What do you think your parents will say when you come back on Sunday?
I dont know … We have so many differences, you and me. And I’m so afraid of what may be … but lets just enjoy our moments for now without worrying about the future.
We’ll get through this somehow. 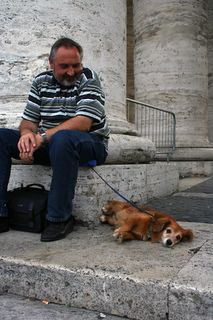 We went though the gates to enter the Vatican and I noticed the signs as to what was permitted and not permitted for people to enter. No sleeveless shirts, no skirts above the knees. Ack! I was wearing my off the shoulder shirt and my denim skirt. I looked sheepishly at him.

I feel so wrongly dressed. I didnt know we’re going here today
There’s nothing wrong with your dressing
But still, this is a holy place, I should be better covered, right?
Dont worry about it, if the guards could let us in, you’re fine.

I looked nervously at the guards and lo and behold! They actually passed me through! We admired the architecture inside 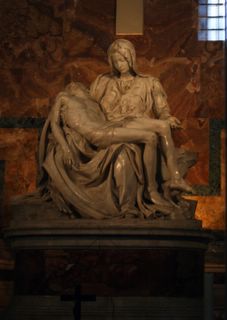 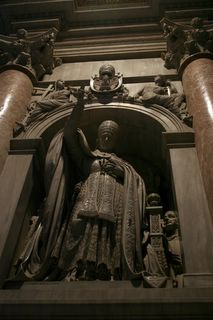 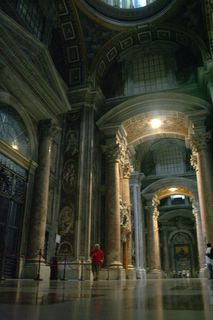 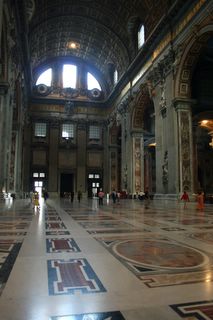 Alot of people just walk by quickly and miss alot of things. Lets walk slowly and look at each area one by one. The interior was created by many famous people, like the Teenage Mutant Ninja Turtles
Huh?
Michealangelo 😛

We couldnt spend much time in the Vatican as it was almost time for closing. Which was a pity, as we didnt manage to see every part of the interior. The caregivers chased everyone out.

We can come here again if you want, nearer the morning, he told me.

We then had a quick stop at the grattachecca. Its shaved ice with syrup and flavouring. Its prepared something like the picture below. I wanted to take a picture of the lady who prepared the shaved ice but again, I felt so self conscious … argh … And I’m regretting it so 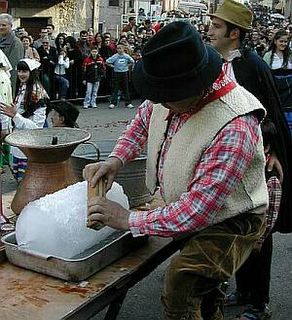 He had tropical fruit and I had mixed berries. I stared at another thing that the stand was selling. Uh … Coconuts pieces?

Why are they selling pieces of coconuts there?
To eat of course!
But why?
Its nice to munch on. Dont you have coconuts?
Sure we do! 😛 But eating coconuts like that is not common. Odd even. I find that so strange.

We then headed back and decided to walk instead of taking the tram. It’ll go on a roundabout and will take a longer time to go back. Shall we walk? Ok

Oh my gosh. I think we walked for about an hour or so. Walked past along some streets, past the Villa and alot of buildings. I didnt mind so much the walking, but we were quite tired from our day’s excursion. We trudged breathlessly on till we saw something that made us amazed.

A woman, was trying to drive the opposite way in a one way road.
Hey thats dangerous! (shouts in Italian)
A car drives up to her and slows down and she drives in reverse for a while and drives away

I should have guessed it. Women drivers
Hey!!!
I’m just teasing, not all women drivers are like that 😛

At length, we reached our stop and he told me, I’ve got to go to my weekly appointment, I’ll see you later for dinner at about 9.30pm. Take the Largo Argentina Tram and stop by the Education Ministry building. You cant miss it! I’ve got to go now, I’ll be late *smooch*

Ack! I’ll be going by myself alone. What if I get lost. What if I missed a stop. Wah!

I quickly showered (aahhh fresh! and clean!) and put on fresh clothes and got ready for dinner. Walked up to the tram and tried my best to look to the left instead of the right (old habits die hard) and entered the tram.

I peered outside of the window to see if it was the right place to be. And I looked at some ladies chatting excitedly to each other. Friends on a night out. How lovely. I then saw an old building, isnt that the building he told me to stop at? I wasnt sure. And just then, he sms’ed me. And I peeked at the exit of the tram. There he is! I quickly jumped out of the tram just as the doors were closing.

I made it here all by myself! Yay! I’m so proud of myself! And he beamed at me.

We walked up the streets and saw many restaurants. We saw an Asian restaurant. What kind of restaurant is this? I peered at the sign. Its a Korean restaurant. How can you tell? Look at the lettering, Koreans usually have a circle underneath their characters. See, now you can tell if a restaurant is Korean or not 🙂

We then went to a place called L’archettoz to have dinner. We ordered pasta and he asked me, can you twirl your pasta like this? And he proceeded to twirl his pasta expertly with his fork. This is how Italians eat their pasta.

Hmm … Let me try. It doesnt look that hard to do (proceeds to twirl her pasta) Hey! I can do it!
Not bad!
Woohoo!

I couldnt finish the pasta (again, the portions were much too much for me) and I had to decline when he asked me if I would like some dessert. I’m stuffed! We walked about in the cool night air after dinner and chatted, holding hands and I stared at the beautiful crescent moon loving every moment that I was with him.