As you’ve noticed, I haven’t been creating my cartoon strips for a long time. That’s because I’ve been having issues with the software which I used for drawing ever since I’ve reformatted my laptop after getting hit by a malware time ago.

It took a while to find a suitable software to replace that but for now, I’ve been settling on Inkscape – an open source vector graphic. The drawing tools are notably different compared to Adobe Flash – especially the part where you could easily subtract shapes and pull out curves directly from the native shapes. So my first drawing, looked quite rudimentary. 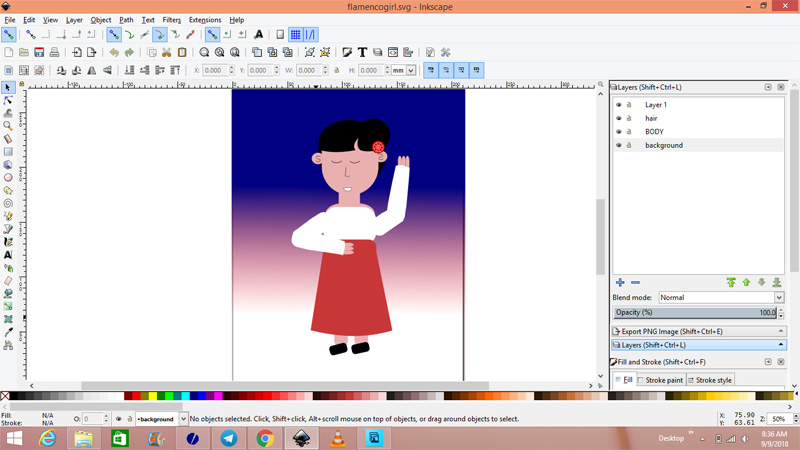 But I think I’m starting to get used to it, and try to improve and am looking forward to publish my cartoon strips again. It’s a huge pity though that I have to start from scratch all over – the characters, the background, the props and over 4 years of drawing, since I can’t use my old software and I don’t know of anything else that can open a .fla file. Feels daunting, but one day at a time.

In the meanwhile, I also downloaded a couple of other open source software like Krita and synfig just in case I needed it. Not sure if I’ll be playing much with krita, since I don’t have a drawing tablet but animations has interested me for for a while. So Synfig is a nice software to have.

You know, I’ve been feeling profoundly sad, especially since I came back from Singapore slightly over a week ago so I try to keep my mind busy.

So far synfig has been a good distraction. I was randomly playing with it earlier this week and was pleasantly surprised to see that it could import svg, which is a native inkscape picture.

(Although now I think it’s easier to import images as a .png instead which Inkscape is able to do anyway)

Even though I have a little bit of experience with animation using Flash, oh boy. This software has a pretty steep learning curve. It isn’t intuitive for a first time user – it took a long while for me just to understand how to move a shape, because you had to grab the green node because you can’t drag directly using the left click.

Fortunately, synfig has a series of video tutorial which I went through and now I have a slightly better understanding of it and feel quite motivated to do a very simple animation. And here it is!

It’s not perfect and there are a few adjustments that I’ve done since uploading like hair and the strumming arm. A couple of things to take note :

Wow, it’s extremely time consuming. Plus you don’t have a clue about the estimated time when your video will be finished. And it’s especially frustrating when the finished product isn’t what you expect it to be. Like how it renders the images outside of the bounding box. So you have to do it all over again. And again if it still doesn’t come out the way you like. And again … 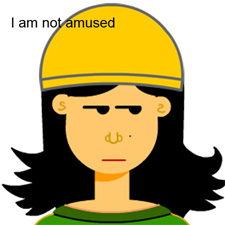 Nevertheless, despite all the hair pulling and the frustration. I’ve been enjoying myself. I’ve still a lot to learn. I doubt that I’d be doing this on a regular basis, but it has been an interesting challenge so far.