There were so much fun, smiles and laughter that made it so memorable 🙂

After fighting the traffic during the mad after work rush, I arrived at the Mint museum where the Yebber first birthday bash was held – I haven’t been a yebber member for too long, but I’ve always enjoyed reading reviews about different services. Thus I was pleasantly surprised to be cordially invited by Claudia to grace the event. 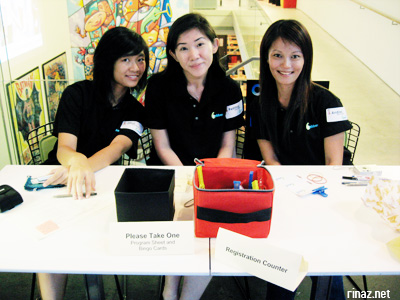 One of the first people that I saw was the pretty trio – Zihui, Bobo and Trumpat at the reception. Though I met them for the first time,  they were extremely amiable. They handed me a set of clicky toy, a set of bingo card as well as a namecard for me to stick on. 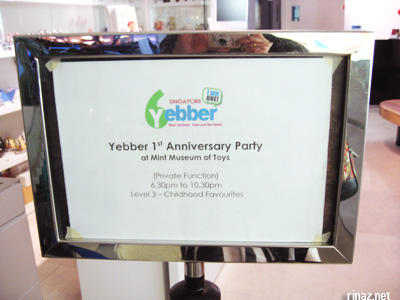 I proceeded to enter the Mint Museum and there I met a few friends who were already there. Chillicraps, Sheylara, Sylvia and even Daphne, whom I thought was not coming according to her twitter.

Proud of my black and white dress, I proceeded to show it off by swishing it around 😀

As we had some time before the event officially started, together with CC, and Sylv, we proceeded to explore the museum :

On the first floor where the mint shop was located, it was interesting enough for us to get behind the counter to take a closer look at the different toys for sale. One of them was a metal chicken that laid eggs as well as a futurama looking metal robots. I bet that on normal days, we probably wont be allowed to enter the area! 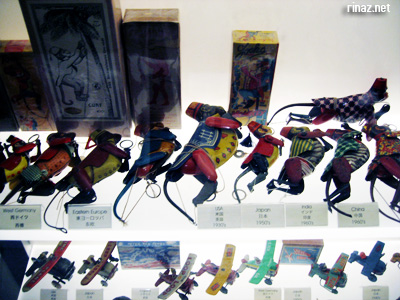 The second floor was where the collectibles were located. It was interesting to see similar looking toys coming from all parts of the world. One of the things that came to mind was how similar the museum was with the Museum of Shanghai Toys that I visited last year. But the difference was that the Mint Museum focused on toys world wide. 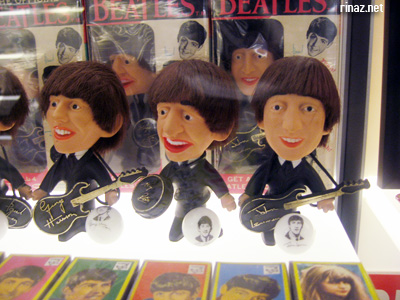 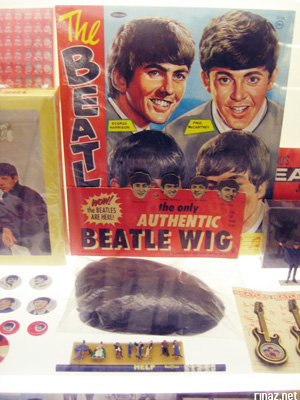 What is a “Flip your wig” game?

I think I used to play with one of these pillow dolls when I was a kid. 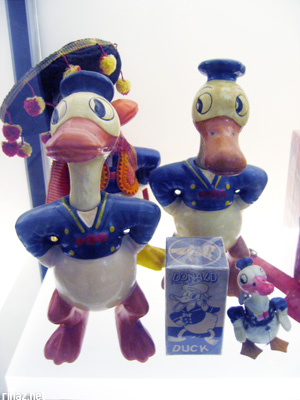 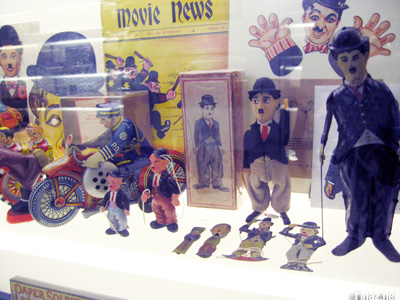 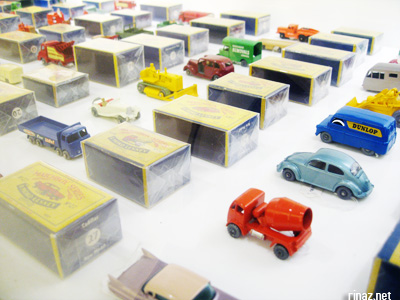 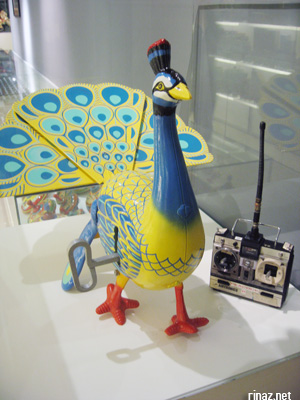 The third level was where the Childhood favourites collection was held. There I saw a couple of freaky but interesting looking toys. 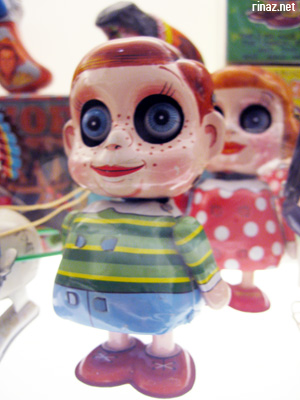 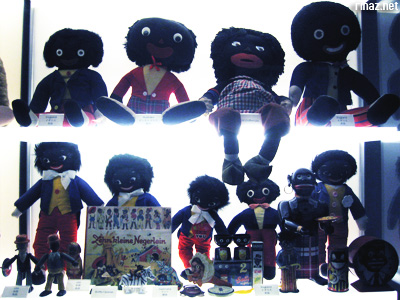 I love golliwogs! They are so cute and are always smiling 🙂

We could not see more though as the announcement for the event to start was starting so we missed out on seeing the ‘Characters’ and ‘Outerspace’ segments.

After writing down in the guestbook, I was in time to watch the opening ceremony by Leonard and Polarbear They explained about Yebber – how it started, who are the people behind it and what was it all about.

But before too long, it was already time to eat! 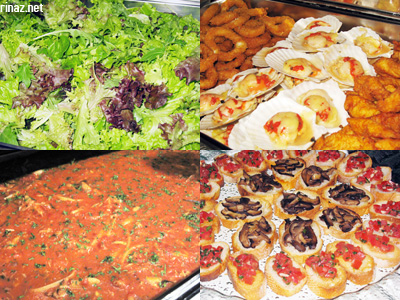 Kudos to the Mint Cafe! All the food that I had were  extremely tasty! I had yummy calamari, scallops, breaded shrimp and my crabmeat linguini. I especially loved the tomato bruschetta that I had. It was crunchy and had the right ingredients put into it.

P.s Its spelled and pronounced as  Bruschetta (brus-ket-ta). NOT brushetta (bru-shet-ta)

Later on, the organizers started the bingo game which was surprisingly a lot of fun! 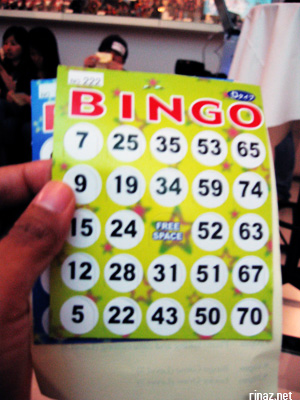 The host called out some number at random and then we’d push out the number. As each person has a different card, the results will be different for everyone. The person wins when a full row or column was pushed out.

Not long after that, it was time for the cake cutting ceremony.

And then it was the time that a lot of people were waiting for – the lucky draw! There were a number of items from Creative that were put up as prizes, but I was eyeing on the Creative Zen. 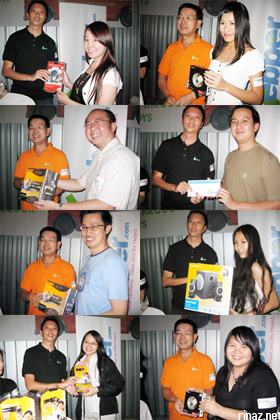 I didn’t manage to win it. Nevertheless, I had a lot of fun and I got to meet a number of interesting people. One of them was Lai Chow, whose long hair was what made her distinguishable and stood out from the rest of the people. You probably cant see it from this picture, but her hair went all the way to her hips!

I also met Bernice which was an interesting encounter. She was sitting comfortably on the sofa, surrounded by her entourage and one of the first things that she said to me was, “Nice Glasses” 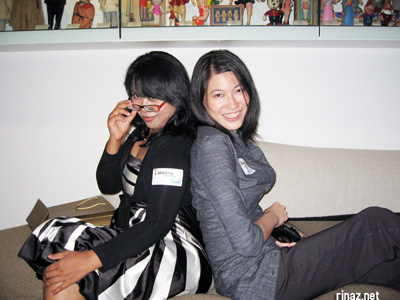 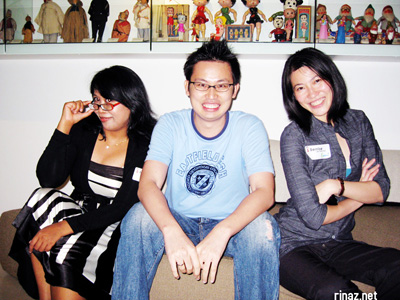 Thank you Yebber Organizers and Mint Museum for such a lovely time. I really did enjoy myself. And happy birthday!

Here is a quick video clip of a couple of yebbers :

Bonus! A couple of bloopers vid 😀

Links to other blog posts :

11 Replies to “Yebber first birthday bash at the Mint Museum”