Once upon a time, marina has just completed her diploma in computer studies. With alot of free time in her hands, she immediately agreed when a friend asked her to do relief teaching in a school nearby.

She found out that she loved it. Oh how she enjoyed teaching! How she loved talking to kids and imparting knowledge to them. Each day, she’ll find new and exciting things to do to share with her kids.

Then one day, the principal asked her to go to her office. Curious, marina stepped in gingerly where she told her that they have found a permanent teacher and they she doesnt need to report for work anymore.

marina felt as if her heart would break. She bravely smiled and said thank you and then rushed off to the toilet and bawled her head off because she already felt very attached to her kids.

After brooding despondently at home for the next 3 days, marina decided to search for a job. A more permanent job. She decided to teach IT for a secondary school and she was hired by a company to do so.

Her first job started well enough. She went to teach in schools and assisted in websites and other IT related work. But after time, her boss made her teach new things. Things she didnt want to teach. Programming!

Marina said no. She wont do it. She doesnt want to teach someone in something that she is not good at.

Soonafter she got fired.

Next, she decided to work for a private firm just to see how it goes there. 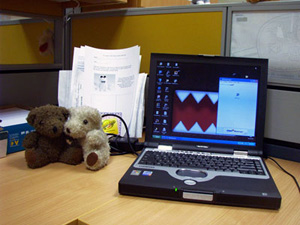 It started well enough. She went to teach businessmen and working adults. But after time, her boss made her work for longer hours. When it got to her working for 7 days a week for a month, it got to the point when marina got severely depressed.

Marina decided to take it slow. She became a part timer and went to teach where she is needed. When the times are good, she found out that she could earn quite abit. But when there was a period when there was no demand at all.

That was when an ex colleague asked her to work in his company.

It started well enough. For about two years, she taught students in computer applications. She helped out in the school competition. She bonded with the kids. Even when the management claimed that their funds were dwindling and effected her pay, she still pushed on because of her love for teaching. 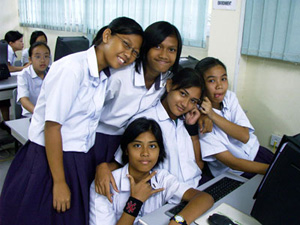 And yet the company maligned her. Even with the support of the principal and staff to back her, she still got fired.

Angry, depressed and emotional. She made a report against the Central Provident Board. She collected evidences for legal actions. But before she started anything, the company folded.

For the longest while, marina wondered to herself about all the bad situations that she was in.

But she is a believer of fate and circumstances. Everything happens for a reason.

Now marina is working for one of the top educational portal in Singapore. Her job isnt easy and does get demanding at times. But so far, it has been one of the most fulfilling ones that she has. She gets to do the things that she loves to do, and more importantly, express herself creatively.

marina looks forward to what the future will bring.

10 Replies to “The story of a multimedia educator”