It seems like time is passing by so quickly more so than ever. I wake up in the morning and head to work and before you know it, the day is over already and I’m back home again.

I hypothesied that “Time is proportionate to age. The older you are, the faster time passes by”

Unfortunately, I was standing next to Chan, a mathematics teacher who was sitting closeby started to debate about how flawed my hypothesis was.

Thus time can never go faster. It is always constant. Time is always 24 hours a day. If time were faster, we would have 23 hours or less in a day. 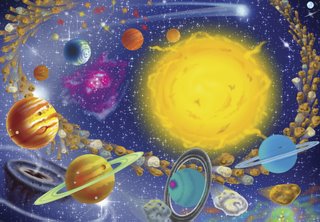 Me : But Chan, time *is* going faster. You do know that there is evidence that the black hole is pulling the solar system closer.

That in turn, already disbalances the entire timeframe and effects the rotational spin of the planet. That would definitely affect time.

I think we must have argued debated some more for a little while. It surprises me how lively I get into these type of discussions when I keep failing my physics and maths (back in my schooldays)

Why do you think about the relationship between time and age?

Cartcart : If time itself was actually slowing down or going fast, we couldn’t even notice it. It’s all about our PERCEPTION of time.

Our perception is that time goes faster because of a given while, let’s say 1 year, is a lesser fraction of our lived time so far.

Hence, you see it flowing fast. This has nothing to do with actual time speed – that thing doesn’t even exists since time is used to define speed.

If the whole universe goes on faster, our brain is included. and we can’t notice any difference

The best statement I’ve heard today was by Sin

Back to the drawing board I go.

5 Replies to “The relativity of time and age”