Feeling so much better now.

On monday evening, I thought that I’d make the lovely salad that I did in the weekend but instead of the regular amount of bell peppers, I’ve increased it.

The next morning I felt nausea and vomited. Oh gosh the pain! My kidneys were screaming out and there were banging in my head.

Couldnt go to work. The doctor diagnosed me as having food poisoning and gave me two days off and I was recuperating at home like an invalid, in a dizzy cloud of heavy medication.

Too much bell peppers is bad for you 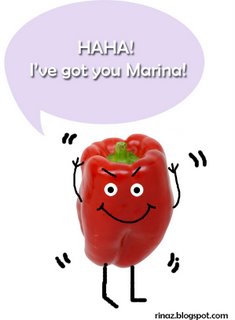 Curses on you bell peppers!

Update : Now mum seems to have my symptoms too … (she said that she’s better now) now it couldnt be the bell peppers since she never touched it. So what is it …?

Going out of my mind over the stress of everything. Studies! Work! Finances! No time! Arghh!!! 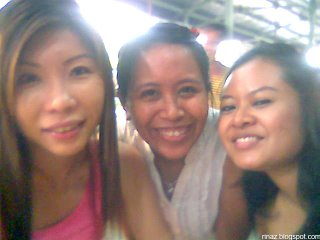 Karen, me and Diane at Newton Circus so-so foodcenter

But always time to pose for a picture with friends. Without the motivational support and encouragement of other people, its very hard to carry on.

I really really want to make this worth it.

5 Replies to “Revenge of the killer bell peppers!”