My interview with the beautiful and talented Mariah Carey!

This episode was sponsored by Hizza Put. The most delicious pizza you’d ever tasted. 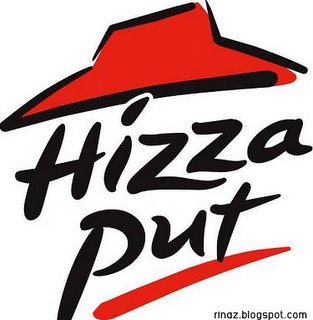 Anyway, I just caught an episode of American Idols on the telley the other day and saw alot of things with different eyes this time. Admittedly, I did participate in the first Singapore Idols which was organized in 2004.And now, when watching it, its still quite entertaining, albeit I’m a little bit cynical when I watch it.

I believe that the Idol series is more about looks and hype compared to talent.

You see, behind the camera’s there are things that arent shown. For example, before we went for our invidual auditions, we were grouped into groups of 10 or 15. So during the wait, we’d practise and give each other motivation. The guy who was sitting beside me, had the most melodious voice and great composure and confidence and I liked listening to him. Another girl in my group, couldnt sing so well but she was pretty. We gave each other best wishes when we finally went in tn audition room.

After the ordeal, we’d have to wait again to see if made it to the next round. They’d call out our numbers if we made it. To my surprise, the guy with the voice didnt make it. However the girl did. Honest to goodness, its not a case of sour grapes but I didnt think that was fair.

Singapore Idols stopped being entertaining to me after that.

Bring back Asia Bagus who featured real talent by SE Asians. Bring back talent shows that isnt biased. At least in Asia Bagus it was more authentic without people trying hard to emulate the whole American Idol scene. It was more real. Mediacorp isnt being very true when it did that.

Ah I miss Mediaworks station. Why’d it have to go away?. Oh well.