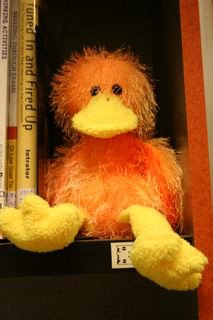 Wahoo! Its now been a year since the first entry to Rinaz Bloggariffic has been published. Happy happy birthday to bloggie!

Looking back to this day, about a year ago :

As far as maturity goes, I still do stupid things every now and then. Like auditioning for a television programme even though I know that I have absolutely NO chance of getting to the next stage. Breaking a pair of shoes for the Nth time. Setting a date to meet and then cancelling it, and then setting it up again and then cancelling it again. What can I say, I’m impulsive and a little spontaneous.

I dont regret doing stupid things though … We only live once. Life is too short to worry about every single mistake that we do. I want to look forward to the future and learn from the past. I want spend a good day and remember yesterday but just remember … never to linger and dwell too much.

I just want to be happy.

Now that I’m 27, I dont know if I’ve grown any wiser as compared to some years back. Gosh … 27 … I cant even start to fathom that. How did time pass by so quickly? As a kid, I never thought that I’d ever grow up to become 20. Now I cant even imagine being 30. And thats just 3 years from now.

I think I got a little too carried away with the graduation video.I was a little frustrated that the program wouldnt let me burn it to a vcd format. I decided to try to do a big no-no which was to try to get a crack for the trial version of the Ulead Video editing program. Before I knew it, I had a few viruses in my computer which I thought my anti-virus was able to pick up.

Confidently, I deleted the virii and thought that it was all good. Chatted with my dearest and decided to restart my computer when firefox decided to hang on me. Compy restarted as usual and went to the desktop as usual. But I couldnt control my mouse anymore and the whole screen just froze.

No matter how many times I restarted the computer, no matter how many times I screamed compy just looked coldly back at me. I was extremely, extremely frustrated. I spent the entire morning editing the video and it was all for naught. All my hard work. How on earth am I going to go to work the next day? Needless to say, I was extremely upset. Stupid virus. I was tired and sick from the flu and sore throat and feeling extremely low.

I was contemplating on reformatting my computer. I was just about to press the reformat key when my dearest adviced against it. “You’ll lose all your work!” and he added “why dont you bring your hard disk to school and see if the information can be extracted”

Which I did, the next day, I asked if Clement, the tech guru (and my current best friend) where I was working at, to see if he could help check out what was wrong with my compy. And he helped to delete away the virii which was *still* residing in the hard disk and extracted a few of the precious files that I was working at.

That cheered me up a little, that my work wasnt completely gone. I thanked Clement for helping me and I installed the hard disk back into my compy. I still had the same problem where it restarted and just got stuck at the desktop. Then I decided to reformat the computer. But this time, I didnt feel so bad since I’ve already saved the important files.

(Why on earth do I have so much issues with computers?)

Anyway, the next day, I found that my mobile phone doesnt want to be charged when I plugged the charger in. “Whats wrong, now?”, I asked it, furiously poking it. I brought it for the mobile phone carts to take a look at. The man who was at the counter fiddled a little with my mobile, took it apart and then fiddled with it some more and eventually concluded that my mobile phone ‘mother board’ had an error in it, making it having problems when trying to recharge. You could get it fixed, but its cheaper to buy a new phone altogether. Anyway, you can use the desktop charger to recharge your battery.

I looked at the mobile phones that was on display. Most of them were above $200 dollars. Which was a fair price for a Nokia 7260. However, I didnt feel like spending any moolah this month after being quite extravagant last month, spending over the same amount over the studio shots. And anyways, I only use the mobile phone for sms’s and calls. I dont really have any need for mms or gprs or camera or those new fangled stuff. My pre paid sim card doesnt allow it either. Undeniably, I’m quite tempted though, the phone looks sexilicious.

The week passed by quite busily with loads and loads of stuff to do, conducting surveys, helping out in alot of things for the graduation ceremony. Teachers came to me one by one to ask me for help in different things (some not related to I.T. even lol!) One teacher even asked me to help edit a password protected document. I had to crack my head at trying to fix that problem. I’m not a hacker!

In the end, I redid the document by scratch. It was much easier to do that compared to trying to guess or crack the password to the document. 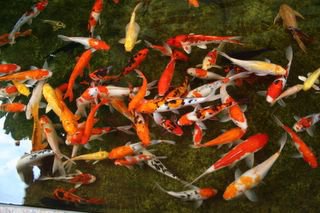 Thursday. Accompanied the vice principal and the operations manager to Yishun Town Secondary School to have a look-see. The vp tells me that the school was undergoing ‘PRIME’ which means that the school will be going for an upgrade and the current building will soon be demolished. The VP wants to see what things that could be salvaged from the school. 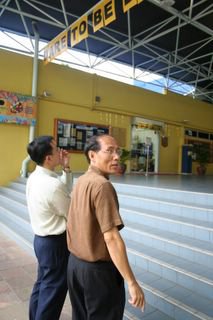 I was quite amazed by the school. The building looked just like Shuqun secondary. The wings were exactly the same. The general office, the library, the corridor. It was like quantum leap where its the same world, but a parallel dimension.

We walked around the the area and I was just amazed at how similar everything was. Impressive school. I saw how disciplined the students was there and watched the students marching in their parade (reminded me of when I was back in secondary school) and observed the students studying in the library. I wondered to myself if this would be a school where I’d enroll my future kids at. Students here looks extremely disciplined. I didnt even see one student with their tee-shirt tucked out. And I think that speaks volumes about the school.

VP says that its a good school where the principal came from a military background. He’s a disciplinarian where he’s like the stern father who looks after his children with an iron fist. He expects the best possible out of everyone and he puts in a big effort too. He believes that before any one can have a positive attitude, the physical environment has to be perfect. If there’s a small crack in the mirror, he’d pester the person in charge to fix it. Anything that isnt working well is to be repaired.

What a nice philosophy. 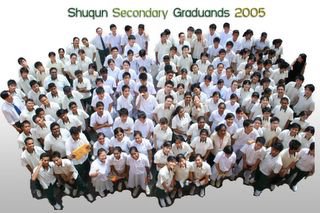 Friday. Graduation ceremony. Busy day, with the taking of photos and the video taping of the ceremony (how did I become the publicity team? lol) I took loads of pictures that my finger was so stiff after staying at the button for ages.

It was a nice ceremony. I liked seeing the students looking so happy. (during my time, we never had a graduation ceremony! *waves cane around) Eventually, the grand finale came and I was looking at the students faces while the video was being shown.

They liked it! And the teachers were quite impressed too. (really feeds the ego to have people say that)

I still cant convert it to a full movie, so I did the next best thing, which was to videotape the video. The quality isnt so good, but its something right?

I think I’ll end here for the moment. Till the next time. 🙂

One Reply to “what a wierd week”