Awesome! After a couple of previous attempts, I’m now a qualified rider on the road! My goodness that took ages to complete. I started in May 2004 and only completed it now. Some people only took a few months to do it but I guess the important thing is, that I’ve eventually finally done what I’ve always wanted to do. So now I can put a tick next to my “to do list” 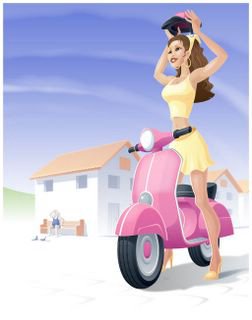 Initially, I was a little apprehensive. Judging by the dark clouds above me, it looked as if, it was going to rain. I dont feel confident when it rains – roads are more slippery and harder to manage.

I arrived the Bukit Batok driving center at about 7.50am, put on my number tag, 21 and was given a quick practise before the actual test. And just as expected, it was drizzing. I sort of fell off the plank and feeling a little peeved with myself. 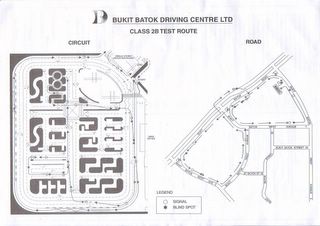 Later on, me and 89 other testees sat in the room for our briefing and I quickly scanned the road map for a visualisation of the road that I’ll be going through later. I breathed in deeply, concentrated and then started my test.

The tester waved his hand, signalling that test was begining. I checked for oncoming traffic and did my blind spot and proceeded to the lane change. So far so good, I thought to myself. Let me just turn over at this junction and then go up the slope.

Hey not bad! Easy does it. Dont be gabra (panic) Be cool! Look for oncoming traffic and then go. Not enough space at the road? Just stay behind the traffic light. No problem. No gabra.

I observed the other people at the figure 8 and noticed that alot of the people in front of me didnt check their blind spot. I’ll try not to do the same mistake. And then I proceeded.

I felt so lucky that the bike that I was riding didnt give me any problems. A good bike would either make you or break you. Good bike! Good bike!

Speed up Marina. But not too fast. Now decrease throttle! Then clutch in! Good! You’re doing fine. Continue to the road.

Speed up! Speed up! You’re on public road now. Observe your surroundings. You can do it! Its a lovely day to ride. No problem at all. Car in front of you? Signal quickly and try to move away as possible. Wonderful.

I talked to myself and tried to motivate myself as much as I can. And at length, I completed the test and waited for the results.

It was such agony. The waiting. I was complaining to the guy sitting beside me. Just give me the results already! Fail fail lah! Aaargh!

Everyone around me are feeling the same, I was sure. They had the same sheepish/in agony/pained face as I had.

Eventually the testers arrived. And they called out the names of the people who failed. I watched as how disappointed they looked. There was even a guy who crushed his result paper in anger.

“You passed lah! Unless you want to come again next time” Said the guy beside me. 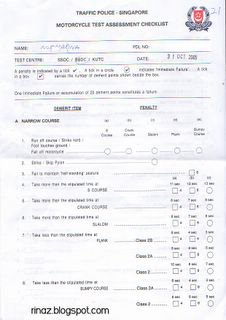 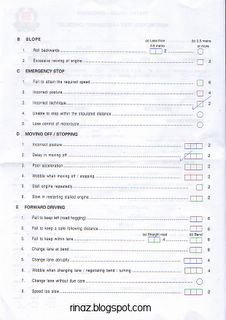 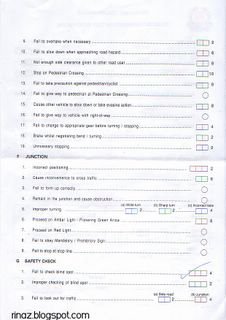 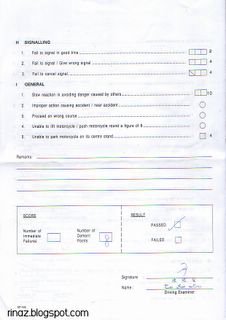 Woopee! I can ride on the road now. Unreal! Zoom! Vespa GT200 here I come!

13 Replies to “I passed my riding test!”